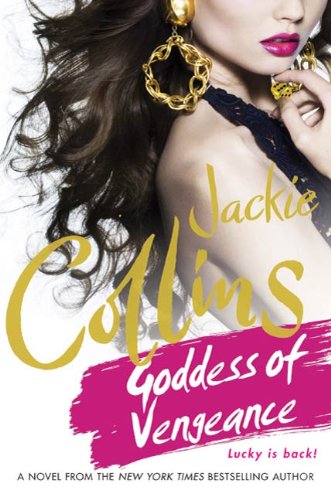 Romance fans, it’s your “Lucky” day! The books of Jackie Collins are featured in today’s Kindle Daily Deal, priced at just $1.99 each TODAY ONLY, and the deal includes 5 of Collins’ bestselling Lucky Santiago novels! Here’s a sampling:

Jackie Collins’ fierce and wildly beautiful heroine Lucky Santangelo is back with a vengeance–in a novel full of power, passion, revenge, and the raging family dynamics of the Santangelo clan–and, as always, Lucky comes out on top.

Lucky runs a high profile casino and hotel complex, The Keys in Vegas.

Lennie, her movie star husband, is still writing and directing successful independent movies, while Max, her stubborn and gorgeous teenage daughter is about to celebrate her 18th birthday, and her son, Bobby, owns a string of hot clubs. Lucky has everything. Family. Love. Life. And everything is exactly what billionaire businessman Armand Jordan is determined to take from her one way or the other.

Born a Prince in the small but affluent Middle Eastern country of Akramshar, Armand comes to America with his American mother at an early age, and rises to become a real estate business titan. Armand regards women as nothing more than breeding mares or sexual playthings, so when his people inform him that the one property he covets more than anything, The Keys, is not for sale, he is shocked. That a mere woman would dare to turn down his offer to buy The Keys is unthinkable, and Armand vows to force Lucky’s hand whatever it takes. And so the battle for power begins…

Meanwhile Bobby is dealing with shady Russian investors, while his girlfriend–smart and independent Denver Jones–is becoming a Deputy D.A. in the L.A. drug unit. And Max, Bobby’s seventeen year old sister, is busy embarking on a forbidden affair with a sexy young movie star. An affair they have to keep on the down-low lest Lucky finds out. 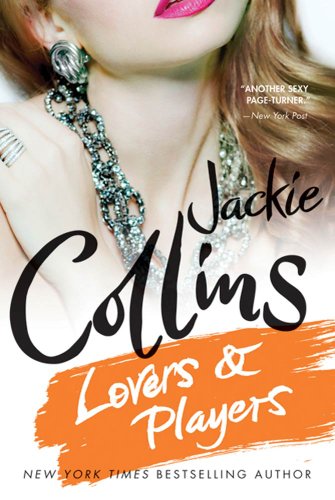 Jackie Collins is back–in her most deliciously scandalous novel yet. And she’s giving her readers a revealing look into the private realms of her fabulously rich and sexy cast of characters.

In Lovers and Players, the Diamond family’s power extends from coast to coast. Max–a real estate tycoon; Chris–a Hollywood lawyer; and Jett–a young, handsome ex-druggie, now a successful model in Italy, must finally come face to face with their tyrannical father, Red, who has been controlling their world for as long as they can remember.

Working as Red’s housekeeper is Diahann, a beautiful black ex-singer. Her stunning bi-racial nineteen-year-old daughter, Liberty–a waitress who is a would-be singer herself–does not approve of her mother working as a housekeeper. Liberty has dreams of her own and while she pursues them, Damon P. Donnell, married hip-hop mogul supreme, pursues her.

Amy Scott-Simon, a beguilingly pretty young New York heiress, in engaged to marry Max Diamond. At her bachelorette party she runs into Jett, Max’s younger brother. Jet has no idea who Amy is. She also doesn’t realize who he is. A one-night fling leads to major complications.

As the lives of these characters intertwine, power, money, fame and love are the ties that bind–emotionally and otherwise–in this highly charged love story about family relationships and deadly choices. 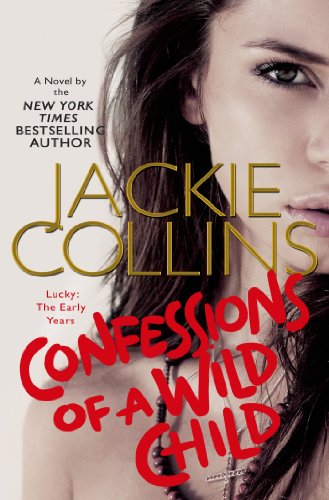 Daughter of the notorious Gino, Lucky discovers her mother’s murdered body floating in the family swimming pool at the tender age of four. Since then Gino has kept her protected from life closeted in their Bel Air mansion.

But in Jackie Collins’ Confessions of a Wild Child, Lucky finally breaks free, and running away from boarding school the adventures begin.

Boys, sex, drugs and rock n’ roll – Lucky explores it all in preparation for the strong, kick-ass woman she eventually becomes. Delve into the world that Lucky rules! 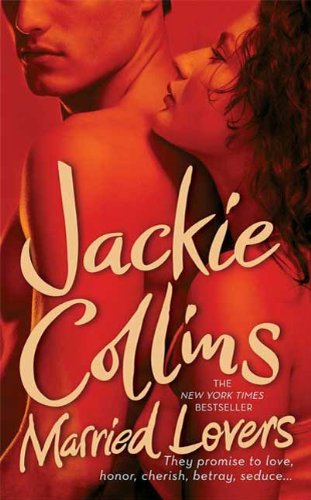 Cameron Paradise, a stunningly beautiful twenty-four-year-old personal trainer, flees Hawaii and her champion-surfer husband, Gregg, in the middle of one of his abusive tirades and makes her way to L.A. Tall, blond, with a body to die for, it doesn’t take Cameron long to find a job at an exclusive private fitness club where she encounters LA’s most important players. She has plans to open her own studio one day, and while every man she meets comes on to her, she is more focused on saving money and working hard than getting caught up in the L.A. scene of wild parties and recreational drugs.

Until she meets Ryan Lambert, an extremely successful independent movie producer. Ryan is married to overly privileged Mandy Lambert, the daughter of Hamilton J. Heckerling, a Hollywood power-player son-of-a-bitch mogul. Ryan has never cheated on his demanding Hollywood Princess wife, but when he meets Cameron, all bets are off, especially since she’s seeing his best friend Don Verona, the devastatingly attractive talk-show host and legendary player.

In her latest sizzling blockbuster, internationally bestselling author Jackie Collins explores what happens when lust and desire collide with marriage and power–and the results lead to murder.

Click here to browse all titles included in this deal.

Tech Tip of the Week: Facebook Messenger App Reveals Your Location By Default