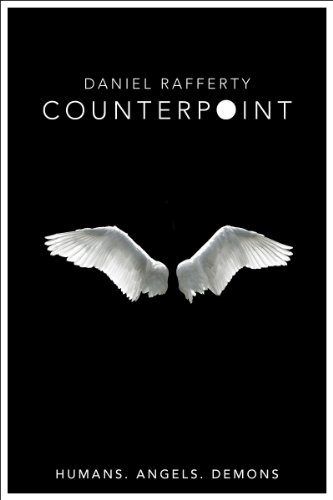 4.8 stars – 39 Reviews
Kindle Price: Free!!
Or currently FREE for Amazon Prime Members Via the Kindle Lending Library
Text-to-Speech and Lending: Enabled
Don’t have a Kindle? Get yours here.
Here’s the set-up:

“Sooner or later, the human experiment will have to be evaluated”

As the world turns on its axis, all but a precious few are aware of the cosmic conflict that has continued since time immemorial between heaven and hell, angels and demons. Angels have been tasked with guarding and administering the Human Experiment since creation began. The Archangel Michael fears the experiment has failed due to the pollution of evil and seeks to salvage what he can. The day of reckoning is fast-approaching, and humanity’s blissful ignorance will soon be shattered as these duelling forces come to a head on the battlefield of planet Earth.

High-ranking angel Ariel is made responsible for “securing” the Bassett family, and as the conflict begins to unfold, amidst an unreal, unsettling global tempest that seems never to cease, the family is forced to go on the run.

With the Bassett family and their allies in constant peril, the conflict widens in scope as well as geographic distance, and they find themselves battling angels, demons and ancient creatures on all sides. Led by Mary, beloved Irish matriarch of the family, the Bassett’s steady themselves for the onslaught ahead- readying for a battle that will test their fortitude and the survival of the world itself.

5-Star Amazon Reviews
“This book is well written with a quickly paced plot and enough mystery to entice you to read more. This was a genre that was right up my alley as I like shows that deal with battling demons like Buffy and Supernatural. I recommend this book to anyone who enjoys a supernatural thriller.”
“…I was amazed by the complexity of this fantasy world, and how easy it was to get wrapped up in it. The descriptions of the battle scenes are great and really grab your attention.”
About The Author

Daniel Rafferty currently lives in Belfast, Northern Ireland. He is actively engaged in writing the epic Counterpoint Trilogy Series and is also working on different pieces of writing outside this genre. Always intrigued with epic dramas and grand questions which have been asked throughout the history of civilisation, he aims to incorporate dramatic stories around these questions. This provides a large tapestry in which his writing is sewn.Website: http://www.counterpointbook.com/Facebook: https://www.facebook.com/Director.Ariel