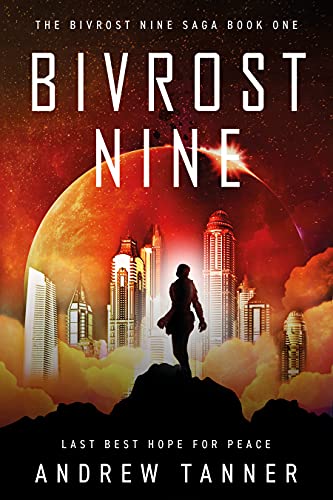 Nysse Ann Hazara-Ghazi spent thirteen years traveling the Three Arcs from Core to Rim and Frontier to Desolation, trying to forget the awful Human-Othren war that killed all her dearest friends.

But a weary warrior with decades of experience working alongside Aliens is a valuable commodity in the twenty-second century, eight decades after Earth learned the secret to swift travel between the stars and humanity joined a burgeoning interstellar community. Tensions are again on the rise between the great powers, and many fear a new strife is brewing, well aware of the Plague that so often comes when planets go to war.

Now Nysse has a new mission: take command of a remote outpost thousands of light years from Earth, home to a unique effort that seeks to give form to an old dream: a place where the many diverse peoples of known space can meet to work out their differences peacefully.

Joined by Sam, a cyborg on his first off-world adventure; Winston, a brilliant but unorthodox scientist; and Ishlaa, an Othren priestess, Nysse and her new team face the daunting challenge of securing and governing a small city perched on the remnants of a shattered world, all alone in the night.

Danger stalks their every choice, as no noble effort is without its enemies, some lurking in dark places where others fear to walk, waiting for their time.