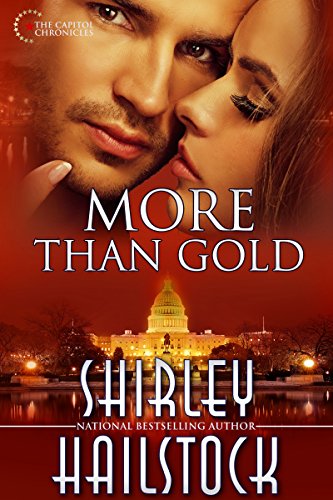 4.0 stars – 27 reviews
Kindle Price: $1.99
Everyday Price:
Text-to-Speech and Lending: Enabled
Enjoy Shirley Hailstock Books? Tell us why and WIN a chance for a FREE ebook!
Here’s the set-up:
She holds an Olympic gold medal
Her name is a household word
And her face is that of America’s Sweetheart
So why is someone trying to kill her?

Morgan Kirkwood was only nineteen when she garnered a gold medal at the Seoul Olympics. Instantly, her name became a household word, and her face that of America’s sweetheart. Twelve years later a new political faction is vying for dominance in the small republic. At the same time, the United States is electing a new president. Morgan is the linchpin in both elections and the shocking secret she holds could affect the outcome of both governments.

CIA Agent, Jack Temple is planning to resign, but discovering that Morgan Kirkwood is in trouble, he accepts one last assignment. Jack traveled as a swim team coach to Seoul at the same time Morgan was a gymnastics competitor. While his real position was to back her up in the political operation she’d agreed to perform, he found himself falling for the young gymnast. Now that someone wants more from her than an interview, Jack is back on trail and the torch he’s carrying could light more than a fire at the upcoming games.

In this heart-pounding, pulse beating government conspiracy romantic thriller, Shirley Hailstock delivers a novel that delves into the halls of Washington, DC’s power players. From the complexity of government all the way to the White House, the action never stops. Whether you take MORE THAN GOLD as a beach read or a vacation companion, you won’t be disappointed with this novel of suspense.