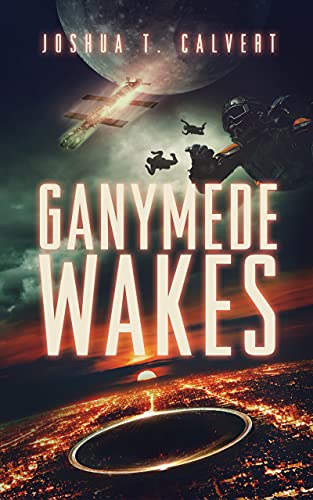 “It’s not the end of the world, Jack. But we can see it from here.”

Not between countries. Instead, two megacorporations battle fiercely for primacy. Each wants to be the first to launch their probes into the darkness beyond Neptune. Getting the samples back to Earth becomes its own challenge. Contact is lost with a research station on Jupiter’s Ganymede.

Special Ops veteran Theodore is drawn into the battle for control over the sample, which endangers the already devastated Earth and the only thing he still cares about: his team of mercenaries. He has two options – enter the fight or hide under the acid rains of Los Angeles.

Amid the erupting chaos, astronaut Rachel Ferreira boards a spaceship with leading scientists to investigate Ganymede’s mysterious silence. Is there a link to the ninth planet? And what did the probe find?

Theodore’s team of mercenaries is dragged deep into a conflict where there is only one way out: Uncover the truth.