A Pitch for Justice: A Legal Thriller 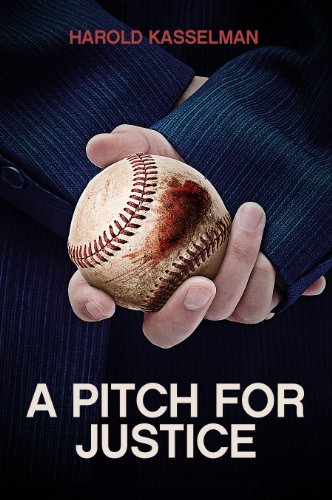 – Learn More
Text-to-Speech and Lending: Enabled
See more titles by Harold Kasselman
Here’s the set-up:
Have you ever watched a professional baseball game where tempers escalated and you feared that retaliation by one side could result in an incident with serious injury? What would happen if a player were critically injured in such a circumstance? What if the unthinkable happened and the player died? Is it just a tragic part of the game? Or could it actually be a homicide? What began as a feud between the Phillies and Mets ends in a shocking criminal grand jury investigation focusing on rookie Phillies pitcher Tim Charles who threw the deadly pitch. What unfolds is an unprecedented legal drama that will put the unwritten rules of baseball and the pitcher on trial. What led to the fatal pitch that could change the very nature of baseball itself? A Pitch For Justice examines when a baseball custom crosses the line and becomes accountable in a criminal courtroom.