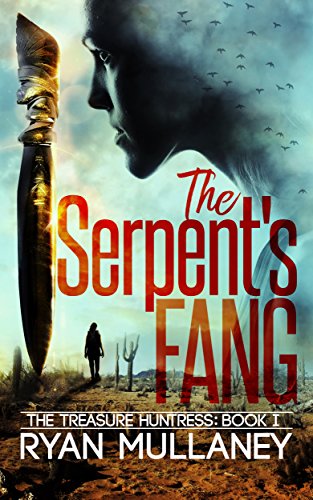 – Learn More
Lending: Enabled
Enjoy Ryan Mullaney Books? Tell us why and WIN a chance for a FREE ebook!
Here’s the set-up:

An ancient Aztec dagger used in ritual human sacrifice – a simple relic, or a weapon of unfathomable power that must not fall into the wrong hands? Joining forces with the shady Clark Bannicheck, athlete-turned-adventurer Simone Cassidy digs into the mystery of The Serpent’s Fang while working to uncover the truth about her family’s past.

The hunt for an exciting new archaeological action/adventure series is over. Now, the hunt for The Serpent’s Fang begins.

“From the fast paced action to the thoughtful character introspection, I was hooked. Probably my favorite aspect of the story is that it truly felt like a beginning for Simone (the hero) and makes me want to read more to see how she grows over the course of the saga.” -Amazon reader ★★★★★