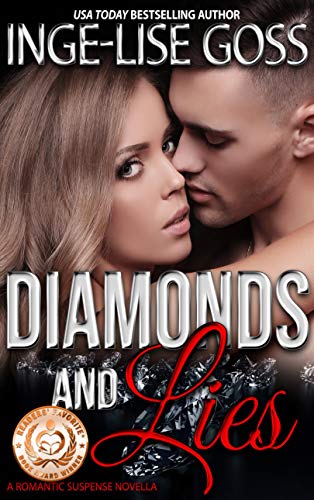 Mia’s advertising career masks a side job in the family business―the business is thievery and the competition kills. Partnering with her brother, Andy, Mia is drawn into a short timeline to plan a diamond heist to make good on Andy’s double-cross of the crime boss who hired him for the prior job.

A Heist That Her Brother’s Life Depends On

Openly teasing the mark, Mia plays with the jeweler’s attraction to her, insinuating herself into his life, gaining his confidence. When Andy’s past threatens them both, Mia abandons the heist and disappears. The mark, under Mia’s spell, hides and protects her from danger. They are both in peril as her brother’s stalker closes in on them. Alternating between ecstasy and fear, she has to make a fateful decision.

Is she placing her trust in the wrong man? Can a relationship built on lies become real?

“Diamonds and Lies is a taut and thrilling look at high stakes burglary and a family secret with deadly repercussion. Goss’s plot is intricate and ingenious, and her characters are well defined and credible, particularly Mia.”–Jack Magnus, Readers’ Favorite Reviewer