Stephen King has revealed that he once wanted to write a book from the perspective of Jason Voorhees, the hockey-masked murderer from the Friday the 13th franchise, according to Adele Ankers from IGN.com… Support our news coverage by subscribing to our Kindle Nation Daily Digest. Joining is free right now! 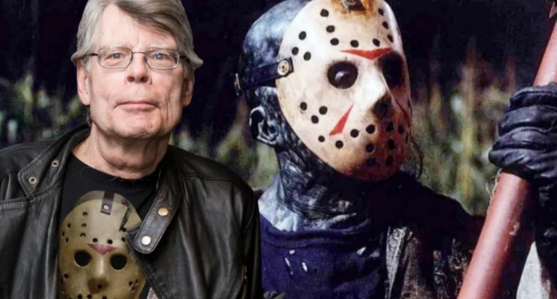 Taking to Twitter on Sunday, the legendary storyteller confessed that he had considered writing “Jason’s side of the story” as a first-person narrative from the fictional character’s point of view, though he noted that the story is unlikely to ever now hit the shelves.

King suggested that the table-turning tale, called “I, JASON,” would see the titular character subjected to a “hellish fate” of perpetual death at Camp Crystal Lake, the summer camp that Jason stalked in the Friday the 13th film series.

“The best novel idea I never wrote (and probably never will) is I JASON, the first-person narrative of Jason Voohees, and his hellish fate: killed over and over again at Camp Crystal Lake,” King tweeted. “What a hellish, existential fate!”

“Just thinking about the legal thicket one would have to go through to get permissions makes my head ache,” King explained in a follow-up tweet. “And my heart, that too. But gosh, shouldn’t someone tell Jason’s side of the story?”

“Blumhouse could do it as a movie,” he wrote as a final suggestion.