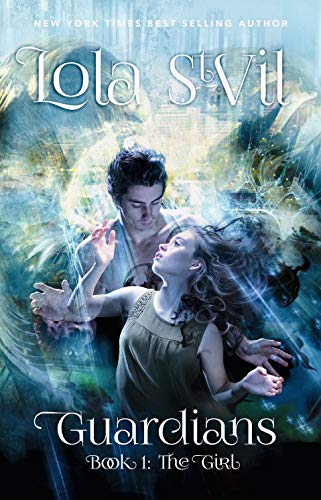 4.0 stars – 1,789 reviews
Kindle Price: FREE!
Everyday Price:
Text-to-Speech and Lending: Enabled
Available on Audible
See more titles by Lola StVil
Here’s the set-up:
*** An unlikely teen is thrown into the chaos of battle…
…and suddenly a studious book-lover holds the world’s fate in her hands.
Can she prevail against a relentless enemy, or will evil alter mankind’s destiny forever?***

Emmy longs for excitement, but the only place she finds it is deep inside a novel. That all changes when a hoard of demons attempts to rip her to shreds on her way to class. They almost succeed until a group of angels rescues her, and their handsome leader Marcus reveals a shocking truth.Her attackers are on a mission and need Emmy to destroy mankind, but her holy allies are there to help beat them back to Hell. Emmy is all that stands between good and evil, and faces an impossible choice: risk everything in a battle to the death, or allow darkness to overtake the Earth and do away with humanity.

If you loved Twilight, A Shade of Vampire, or Shadow Hunters, you’ll adore this dark fantasy! Find out why reviewers say “I just couldn’t stop reading!”