Here’s what you need to know about The Ballad of Songbirds And Snakes, according to Carly Mallenbaum from USA Today… Support our news coverage by subscribing to our Kindle Nation Daily Digest. Joining is free right now! 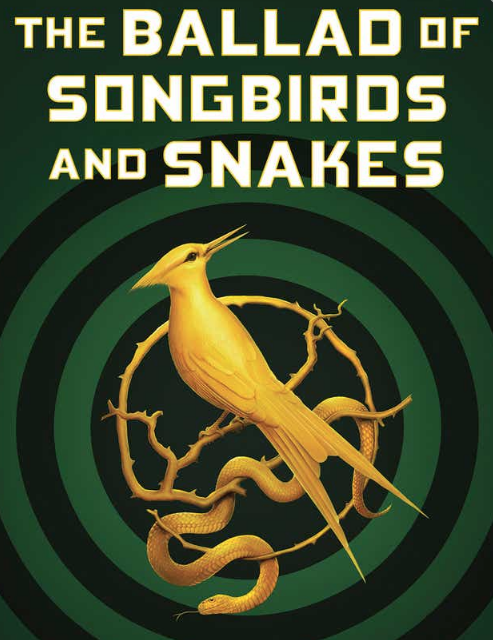 If you read the “Hunger Games” books, you know the character Coriolanus Snow as the dictatorial president of Panem who wears roses on his lapels and antagonizes Katniss Everdeen. But what was the slick Snow (who’s played by Donald Sutherland in the movies) like as an 18-year-old student?

As you’d expect, he was a clever and high-achieving student. As you might not expect, he had a soft side.

Suzanne Collins explores Snow’s back story, and plenty more, in her 500-plus page “Hunger Games” prequel novel, “The Ballad of Songbirds and Snakes“.

Here’s what else you need to know about the book, which is set 64 years before the events of the original “Hunger Games” novel that was released in 2008.

Katniss is mentioned only in reference to a plant
Miss Katniss Everdeen (played by Jennifer Lawrence in the films)? She doesn’t exist in this book, which is set decades before she volunteers as tribute. The word “katniss” is used only when referencing a flowering plant that grows potatoes. However, there will be some names in the prequel readers will recognize. Among them: Lucretius Flickerman, who shares a last name with the Hunger Games host from the original trilogy, Caesar Flickerman (played by Stanley Tucci).

The origin of the annual Hunger Games is explained
How did the child-murdering competition start? “Ballad of Songbirds and Snakes” explains the origin of the Hunger Games and depicts an early contest in which Snow serves as student mentor for a tribute. The book explores early additions of customs that went on to be expected at the Games, including the broadcasting of tribute interviews, gambling over victors and the unleashing of mutated animals into the arena.

Snow disdained the mockingjay long ago
Even before Katniss became the symbolic Mockingjay, a rebel of the Capitol, Snow disliked the hybrid bird for reasons that had nothing to do with the skilled archer. We also learn how the mockingjay – and the mimicking, spying jabberjays – came to be.