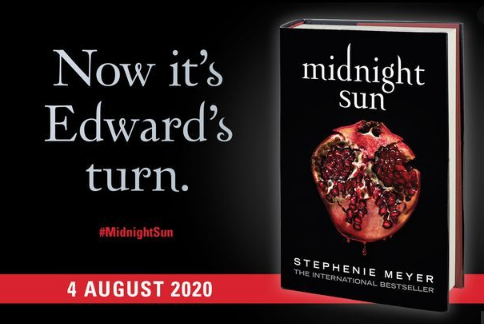 The news trickled out Monday morning after a countdown on Meyer’s website ended but fans were unable to reach the site.
It’s been 15 years since author Stephenie Meyer took the book world by storm with her debut novel, Twilight. Now Meyer is making her return to the Twilight world with Midnight Sun, the much-anticipated companion novel to the franchise.

The author first teased a surprise announcement by featuring a clock on her website’s homepage, seemingly counting down to the Monday reveal. The clock was also posted on the social media pages of her production company, Fickle Fish Films. The suspense drew fans into a frenzy as many were left theorizing whether the author would finally release Midnight Sun or return with a new book altogether. Indeed, when the countdown ended Monday morning, Meyer’s website seemingly crashed from all of the interest as fans were unable to reach it to find out the news. But, in a video that aired on Good Morning America, Meyer announced the release of Midnight Sun on Aug. 4. The book’s release date and information was also posted to her publisher’s website.

Though the author was originally set to publish Midnight Sun in 2008, Meyer canceled the publication plans after a copy of her manuscript was leaked online. The author then posted a partial rough draft of the work on her website but never released a completed story. At the time, she referred to Midnight Sun as “an exercise in character development that got wildly out of hand.”

Meyer’s Midnight Sun is a retelling of her Twilight love story but told from the point of Edward Cullen instead of Bella Swan.