“The Inseparables,” a novel Beauvoir abandoned in 1954, tells the story of a doomed friendship based on one from her own childhood, according to Alexandra Alter from the New York Times… Support our news coverage by subscribing to our Kindle Nation Daily Digest. Joining is free right now! 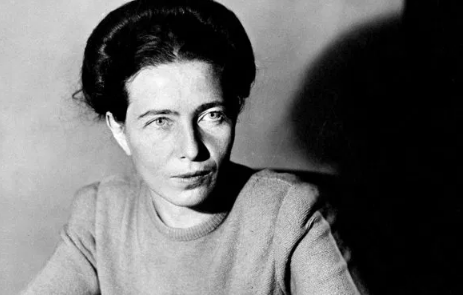 In her 1963 memoir, “Force of Circumstance,” Simone de Beauvoir made a fleeting and tantalizing reference to a work of fiction she had abandoned. She described her attempt to write a story centered on her best friend Zaza, who died young of viral encephalitis.

Beauvoir started writing the novel in 1954, five years after publishing her groundbreaking feminist treatise “The Second Sex.” She worked on it for a few months, then showed it to Jean-Paul Sartre, her longtime romantic partner. Sartre was unimpressed. Beauvoir wrote in her memoir that she agreed with his wilting assessment: The story, she wrote, “seemed to have no inner necessity and failed to hold the reader’s interest.”

In the decades since, literary scholars have wondered what became of the manuscript. Even as other posthumous Beauvoir works came out, including volumes of her wartime journals and her love letters (to Sartre, Nelson Algren and Jacques-Laurent Bost), the fate of the novel remained a mystery.

Now the book, “The Inseparables,” is finally being published, after Beauvoir’s adopted daughter, Sylvie Le Bon de Beauvoir, decided to start releasing the works of fiction from the archive she inherited.

The 176-page novel, which is being released in France this fall and in the United States next year, illuminates a formative chapter of Beauvoir’s early life, and a pivotal relationship that shaped her views on gender inequality and sexism.

It could also offer new insight into Beauvoir’s development as a writer, and reshape scholars’ and readers’ understanding of her literary legacy. While Beauvoir published several works of fiction during her lifetime, including the novels “She Came to Stay” and “The Mandarins,” which won the prestigious Prix Goncourt in 1954, she is best known today for her political and philosophical writing.