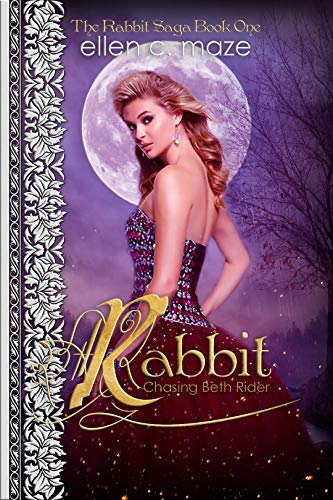 – Learn More
Text-to-Speech and Lending: Enabled
Enjoy Ellen C. Maze Books? Tell us why and WIN a chance for a FREE ebook!
Here’s the set-up:
Beth Rider is on the run for her life.
What if your bestselling novel brings attention to an ancient vampire race that prefers to remain in the shadows? When bestselling author Beth Rider is attacked after a book signing, the race is on. Her enemy is 100,000-strong, but one among them questions his master’s judgment. Will he help or join the chase?

“Intense! Not for the fainthearted, Maze doesn’t let up from page one!” ~ Review

THE RABBIT SAGA COLLECTION
International sensation, The Rabbit Saga, has spawned a collection penned by author fans who collaborate with Ellen C. Maze to bring depth and additional adventures for fans who fall in love with her characters. Be sure to check out the following spin-offs with more coming soon!

BOOK JACKET DESCRIPTION:
An unintentional side effect caused by Beth Rider’s bestselling novel has earned her a terrifying and dangerous enemy… Marked for a slow, torturous execution, Beth refuses to run. Why are they after her and how can one young woman defeat 100,000 vampires?

When the young author’s novel series hits number one, her fictitious plot puts her in the cross-hairs of an ancient race of vampiric beings known as the Rakum.

Spreading evil among mankind for thousands of years, the leadership of this bloodthirsty race now has a singular focus: catch Beth Rider.

With her life in mortal jeopardy, she goes on the run, a rabbit desperate to escape the worst of predators. In the climactic melee, it is a race to the death, or if Beth has her way, a race to the life, of every Rakum who makes the choice.

This novel contains PG-13-level Violence, Language, and Sexual Situations, and is written from a Biblical Worldview.
“Book One Intensity level – 8/10. Subsequent installments grow more intense as the reader dives into the vampire’s point of view; expect each book to addict you without mercy.” – Batya Dulos, Editor, RunRabbitBooks