Turning a beloved book into a movie is always a perilous endeavor says Paula Bernstein from Fortune. So often, fans of the source material are disappointed by the results… Support our news coverage by subscribing to our Kindle Nation Daily Digest. Joining is free right now! 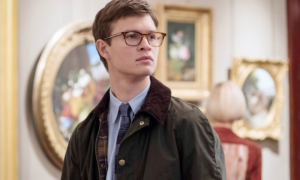 “The results were super disappointing,” says Paul Dergarabedian, a senior media analyst at Comscore. “Nobody was expecting any blockbuster performance, but even with the expectations being what they were, those films came in under what anyone expected.”

On paper, all three of them seemed like semi-sure bets, that is if you discount the innate challenge of transferring complicated literary characters onto the screen. Though the three novels tell three wildly different stories, they all rely heavily on a strong first-person narrator and involve intricate backstories and plots—which means they don’t exactly lend themselves to adaptation.

‘The Goldfinch’ laid an egg

The Goldfinch, the novel by literary darling Donna Tartt, won the 2014 Pulitzer Prize for Fiction, among many other awards and honors. It was also a bestseller, spending more than 30 weeks on The New York Times bestseller list.

Though some of the most successful movies of all time were adapted from Pulitzer Prize-winning fiction, including Gone With the Wind, To Kill a Mockingbird, The Color Purple, and The Hours, the esteemed prize bestows no guarantee of cinematic success.

In The Goldfinch, Ansel Algort, no stranger to literary adaptations (Divergent, The Fault in Our Stars), stars as Theo, a young man who turns to art forgery after losing his mother (Nicole Kidman) in a freak accident at the Metropolitan Museum of Art. Condensing the intricately woven plot of Tartt’s 800-page odyssey into a two-and-a-half hour movie was an ambitious—and ultimately, unsuccessful undertaking.

The Goldfinch director John Crowley, who previously directed Academy Award-winning Brooklyn, which itself had been adapted from an acclaimed novel (by Colm Tóibín), didn’t manage to bring the material to life on screen.