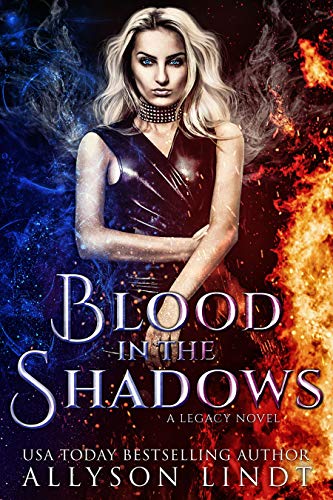 “Soooooo Good I Couldn’t Put it Down” 5 star review

She Loves. She Dies. She is Reborn.

Kirby had the prophecies drilled into her head in school. She just doesn’t realize one of them is about her: the Valkyrie who Odin cursed to an eternity of loss.

She’s focused on healing from the scars the gods left on her—both physical and mental—when they raised her to be an assassin.

With the help of the man she calls handler, savior, and permanent resident of her sexiest fantasies, she’s hunting the people who seek to destroy her life, and hundreds of others, in the name of those same cruel gods who tortured her.

But it’s impossible to run from the past, and Kirby has thirteen of them that are about to bring her world crashing down around her.

Author’s Note: The Legacy Series is a #whychoose dark urban fantasy with some scorching FF action mixed in. The books contain mention of self-harm, thoughts of suicide, and physical assault.