Attica Locke left Hollywood to write novels. Now she’s found success in both worlds according to Madhulika Sikka from The Washington Post… Support our news coverage by subscribing to our Kindle Nation Daily Digest. Joining is free right now! 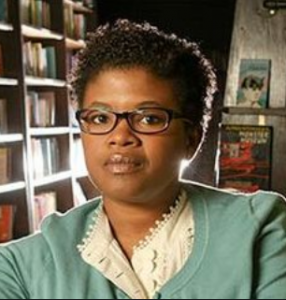 Attica Locke always wanted to make movies, and for a while, that seemed to be her destiny. At just 25, after writing and directing fellowships at the Sundance Lab, she had a movie deal. But things fell apart, as they often do in Hollywood, and she ended up a screenwriter for hire in Los Angeles, where the frustrations continued. There was no appetite for her voice, she says, and nobody wanted to make the movies she was interested in.

“It was difficult to monetize my blackness,” she says now.

Not anymore. With her fifth crime novel, “Heaven, My Home,” coming out this month, she’s proved that there’s demand for stories about black characters, not just on the page but on the screen. It took her walking away from Hollywood to find success there: After three seasons of writing for the hit show “Empire,” she’s also working on the buzzy upcoming series adaptation of Celeste Ng’s “Little Fires Everywhere.”

This is a far cry from where she was more than a decade ago, when she was taking out a second mortgage on her house and giving herself a year to become a novelist.

Her debut, “Black Water Rising,” was published in 2009 to critical acclaim and was followed by “The Cutting Season” (2012) and “Pleasantville” (2015). Her books, categorized as mystery or crime, are also unabashedly about black experiences, examining the legacy of black history in the context of modern politics and culture. The crime she really concerns herself with is an existential one: the legacy of America’s original sin.