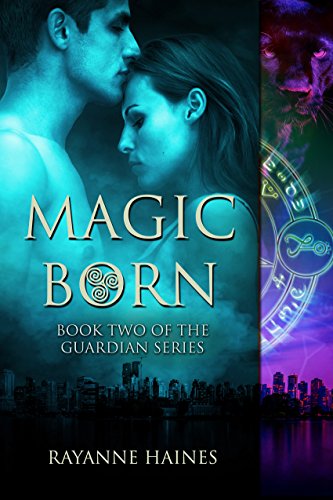 “Deep, Complex, Sexy, and spellbinding are a few words to describe “Magic Born”. Rayanne Haines puts the reader within her story with her world imagery. It is everything a great paranormal romance should be. It is more than a romance; it is an adventurous journey to embark on.” – NIGHT OWL REVIEWS

Though Mar absolutely knows she doesn’t want Neeren, King of the Parthen. She alone sees the darkness in him and it reminds her too much of the past. She knows better than to fall for his stoic, tortured soul façade.

She’s training to be a Guardian, a shadow; tasked with keeping the balance between good and evil in the world. It’s what she wants—to be better than her family was.

But the past has a way of catching up to Mar and the future has a morbid sense of humor. On her first mission, she’s kidnapped by the enemy she’s been running from her entire life. Thankfully the guardians look after their own. As it turns out, so does Neeren.

As Mar finds herself caught between the past and the future; between blood and bond; between the light and the dark, she realizes her only chance at surviving may be in trusting a man who is the most dangerous of them all.