The Spirit of Grace: Book 1 of the Sarah Bennett Mysteries 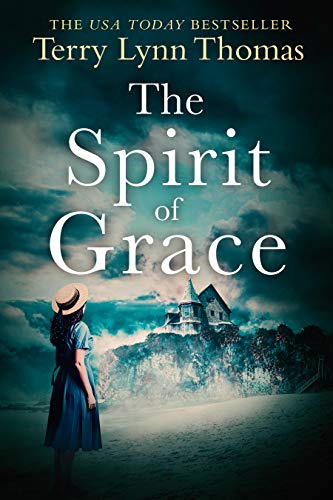 – Learn More
Text-to-Speech and Lending: Enabled
Available on Audible
Enjoy Terry Lynn Thomas Books? Tell us Why and Win a Free Book!
Here’s the set-up:
Sarah Bennett doesn’t remember the night her mother tumbled down the stairs at Bennett House, despite allegedly witnessing the fatal fall. There was talk of foul play, dark whispers, and sidelong glances, all aimed at Sarah, prompting her family to send her to The Laurels, an exclusive asylum in San Francisco, under a cloud of suspicion. Now, on the one-year anniversary of her mother’s murder, Sarah has been summoned home. Convinced of her innocence, she returns to Bennett House, hoping to put the broken pieces of her life back together. But when another murder occurs shortly after her arrival, Sarah once again finds herself a suspect, as she is drawn into a web of suspicion and lies. In order to clear her name, Sarah must remember what happened the fateful night her mother died. But as she works to regain her memory, the real murderer watches, ready to kill again to protect a dark family secret.