Crossing the Lines: A Police Detective Mystery With a Twist 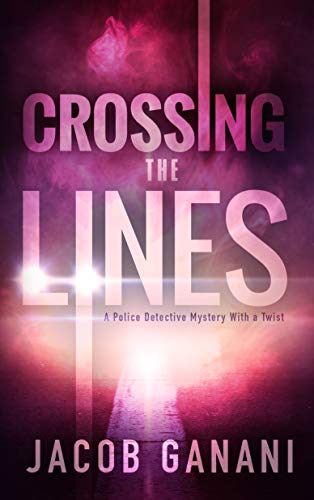 Mossad agent, Oded Cantor, retires after twenty years of working under constant danger and joins the local police force as a narcotics detective. He assumes that here the rules are simpler: the good guys are always good, the bad guys consistently bad and the lines drawn between them are clear. Yet he soon discovers that there is something rotten in the very place that is supposed to uphold the law. Now, he must set off on another battle for his life – and for the codes of justice in which he believes. To survive, he will need to use every skill in his arsenal…

…and cross the lines he never imagined he would cross.

Jacob Ganani is a graduate of The National Security College of the Israel Defense Forces and holds an MBA from the Hebrew University in Jerusalem with a Specialization in Economics from Stanford University. A former government analyst he is now an independent consultant. An avid motorcyclist, pilot and adventurous traveler, he is a fan of mystery and action thrillers. Crossing the Lines is his third novel.

“Well written, characters you can sink your teeth into, suspenseful with multiple directions, it kept me reading past my bedtime.” 5 star review