On November 27,  fantasy writer Tomi Adeyemi accused novelist Nora Roberts of what she perceived to be an unfair use of her titled. BrittlePaper.com looks at what transpired next… 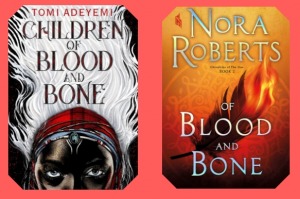 Yesterday, we reported that Tomi Adeyemi called out Nora Roberts for what she saw as an unfair use of her title, saying that Roberts was seeking to “shamelessly profit” from her work. Everything seemed to have been cleared up. She said, in a follow-up tweet, that she’d talked to Roberts. Adeyemi apologized, and it looked like everything had been resolved.

But today Roberts, in a statement posted on her blog, criticizes Adeyemi for using “social media forums to baselessly, recklessly” accuse her of “stealing the title of her book.”

According to the statement, her book had been written and sent to the publisher one year before Adeyemi’s book was published.