The Odor of Violet 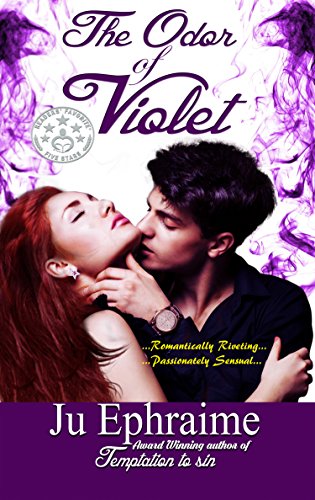 4.5 stars – 59 reviews
Kindle Price: 99 cents
Everyday Price:
Text-to-Speech: Enabled
See more titles by Ju Ephraime
Here’s the set-up:
After losing his sight in a terrible accident, only to learn that the woman he was planning to marry did not love him enough to accept him, Damien Falconer was devastated. Struggling to cope with his disability, he isolated himself from society, allowing no one to get close to him, but his personal assistant, Jake. Upon learning Jake was soon to leave his employ and return to Scotland, Damien was forced to advertise for his replacement.
Among the applicants who answered his ad was Lisa Andrews, a registered nurse from Connecticut. But Damien was adamant that he would not be replacing Jake with a woman. His argument was, he did not feel comfortable with a woman doing the things that Jake did for him, but one whiff of Lisa’s unique scent and Damien found himself fighting a blistering physical attraction the likes of which he’d never known before. Should he hire her or should he ignore what his “other” senses were screaming at him, about this woman. Damien rustled with the question for several days, but in the end, he caved. And so began a hunger for a woman he couldn’t see…could only recognize by her unique scent…yet wanted like he’d never wanted anything before.

“Odor of Violet is an intense and passionate novel. The author has a very flowing writing style. Each paragraph blends seamlessly into the next.” 5 star review