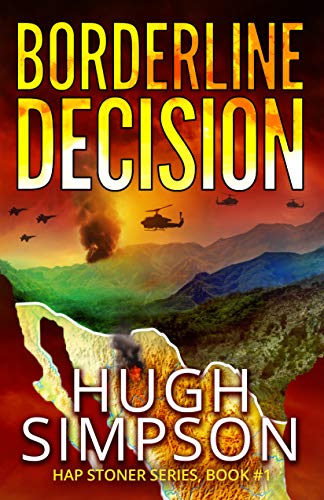 Snatched by a Drug Cartel. Forgotten by His Government.

Borderline Decision is the first in a series of military thrillers from author Hugh Simpson that feature U.S. Marine Pilot Lt. Col Hap “Kang” Stoner, who operates where governments fear to tread.

Borderline Decision opens your eyes to the chilling threat that lives at America’s doorstep. You’ll be forced to face the cold reality that your government conspires with people who want you dead. All that stands between you and them are the silent heroes you’ve never met… until now.

“Borderline Decision takes you deep into daring black military operations you never hear about. The action is riveting and suspenseful. You’ll live it, feel it, and ask for more.” -Casey Demchak, Copywriter & Consultant