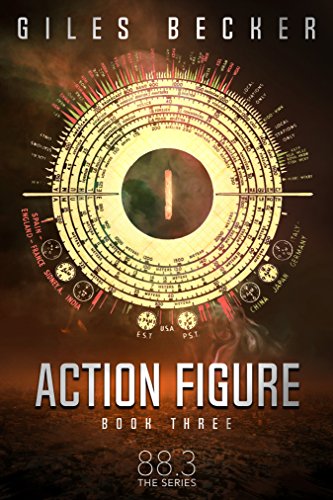 Kindle Price: 99 cents
Everyday Price:
Text-to-Speech and Lending: Enabled
Don’t have a Kindle? Get yours here.
Here’s the set-up:

Bude Rundel is an underground leader in an intense future of rebellion and urban warfare. He fights in the hard streets of a world going to ruin.

He learned his skills in places hard to describe. His sensei was a man who lived in the cook shack. Bude Rundel is not his real name. He is as old as the hot geography of the Western Cessions themselves and as young as he wants to be. The world is ruled by the corrupt police force known as Forensics. In the vital and chaotic world of the great city-slums the underground men move like fish in water. Above it all an old satellite broadcasts the literature and music of the ancient world at 88.3 FM and nobody can shut it up. The ancient stories speak of years with numbers and open country and green rivers with men fishing from the banks in sloppy hats, free as birds, careless of spying devices, eating egg sandwiches. What a world that must have been; America of Late Antiquity. The satellite also broadcasts music that is both strange and beautiful. Interspersed with the music and stories are coded messages, being sent out from somewhere unknown by a girl named Nadia. Action-packed, character-driven, a world where courage and scavenging skills will get them through to victory.

Even in the interrogation room Bude can hear a radio playing down the hall. The message in code is Now. Now. The time for breakout is now. The great storms have broken over the world, and a lightning strike kills the electricity. The lights dim, the radio voice stops, all the electronic locks are sprung. Bude stands up. Hey, he says. It’s been interesting but right now you’re a dead man. I’ve got stuff to do.

Enjoy Giles Becker’s Books? Tell us Why and Win a Free Book!