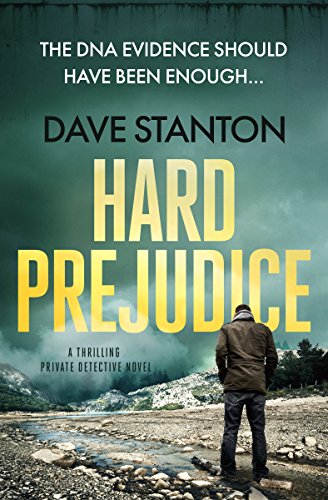 Looking for a fast-paced and utterly gripping crime thriller? Then try this book by best-selling author Dave Stanton, an explosive thriller full of stunning twists and turns.

But after the evidence disappeared from a police locker, the black man accused of brutally raping a popular actor’s daughter walked free. Hired by the actor, private detective Dan Reno’s job seemed simple enough: discover who took the DNA, and why. Problem is, from the beginning of the investigation, neither Reno, the South Lake Tahoe police, nor anyone else has any idea what the motivation could be to see ghetto thug Duante Tucker get away with the crime. Not even Reno’s best friend, fellow investigator Cody Gibbons, has a clue.

When Reno and Gibbons tail Tucker, they learn the rapist is linked to various criminals and even a deserter from the U.S. Marine Corps. But they still can’t tell who would want him set free, and for what reason?

Things get murkier when Tucker visits an Arabic restaurant whose owners are suspected terrorists. Then Cody’s ex-boss, a San Jose police captain, is found to be dallying with Tucker’s sister.

The clues continue to build until Reno and Cody find themselves targeted for death. That tells Reno he’s getting close, so he and Gibbons put the pedal to the metal.

The forces of evil are running out of time, and the action reaches a boiling point before an explosive conclusion that reveals a sinister plot and motivations that Reno never imagined.

“Intricately structured, this Dan Reno story has the twists and turns you’d expect in this genre; they just take you where you’d never expect. Stanton is skilled at presenting his multidimensional protagonist, and Dan Reno is once again portrayed most believably in this fifth installment in the series.” 5 star review

Enjoy Dave Stanton’s Books? Tell us Why and Win a Free Book!