Sneaking Out (The Chased Series) 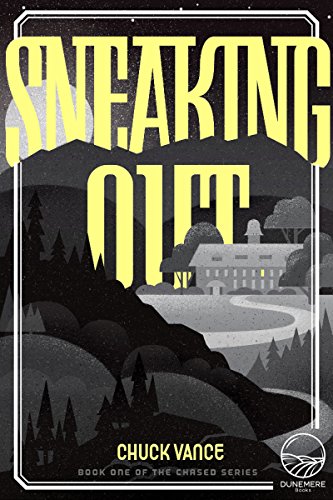 Could you sleep next to a murderer?

Luke Chase—yes, that Luke Chase, a modern hero ripped from the headlines—didn’t mean to get caught up in Mrs. Heckler’s murder. He just wanted to hook up with the hot new British girl at St. Benedict’s, and if that meant sneaking out to the woods after hours, then so be it. But little did he know someone would end up dead right next to their rendezvous spot, and his best friend and roommate Oscar Weymouth would go down for it. With suspects aplenty and a past that’s anything but innocent, Luke Chase reluctantly calls on his famous survival skills to find the true killer.

For fans of “A Study in Charlotte” and boarding school lit, “Sneaking Out” (book one in the “Chased” series) immerses readers in the privileged prep school world, with a mystery that exposes the dark side of life on a residential high school campus.

“A murder mystery with a likable hero… The author deftly sets the stage for future investigative adventures.” —Kirkus Reviews