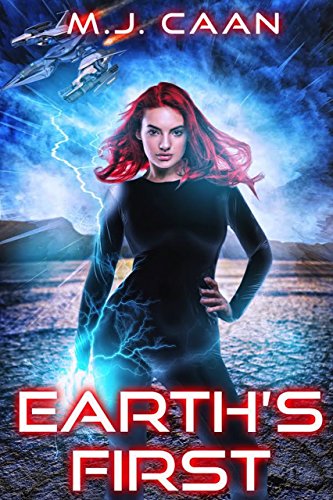 No one ever said that you have to accept the great responsibility that comes with great power.

Maura Riley learns this the hard way after a fateful first contact with an alien being that literally fell from the stars. She finds herself thrust into a world of shadowy government operatives, vengeful alien factions, and mutated human beings that suddenly have the ability to act on their darkest, most deprave desires.
War is coming to Earth. War in the form of an invading alien horde known as the Anisari, that is bent on dominating or destroying our planet. They are seeking their lost property, the very being that fell to Earth and caused the massive genetic changes occurring on our world. After first contact, human beings are evolving into something that can either save our world, or hasten its destruction.
Maura and her friends have to decide if they want to be Earth’s defenders or give into the savagery and lust that their newfound mutation allows them to explore.
Book one in the dark and gritty science fiction series Earth’s First is not to be missed.
All three books in the Earth’s First saga are available for purchase, or read for free in Kindle Unlimited!

Enjoy M.J. Caan’s Books? Tell us Why and Win a Free Book!