by Aneeka Richins
4.8 stars – 26 reviews
Kindle Price: 99 cents
Text-to-Speech and Lending: Enabled
Don’t have a Kindle? Get yours here.
Here’s the set-up:

ALL SHE WANTED WAS A HAPPY ENDING.

Fifteen-year-old Ki doesn’t care what half of the nine gods say. She will not let her parents die to save the Four Lands. Tavk, the trickster god, agrees to protect her parents as long as she completes his missions. For the promise of a happy ever after, Ki evolves into an infamous demonic fighter and tries to ignore her fading humanity and growing loneliness.

Then she meets De: the gods’ new Hero. The gods need him trained fast and Tavk is only too happy to sign her up for the job. Two years older — and distractingly handsome — De practically worships Ki and wants to be both her best trainee and her best friend. But he doesn’t know who she really is: The Wanted Child. The one the new Hero, De, is destined to kill so the gods can finally destroy her parents.

“The author’s ability to create a complex world with intricacies and a complex history is astonishing. Her true genius, however, is in her ability to present all of this information to the reader in such a way as to not overload the reader with one massive exposition dump, but instead sprinkles it throughout the entire narrative…” 5 star review 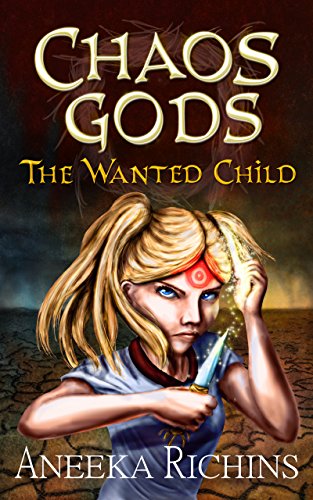