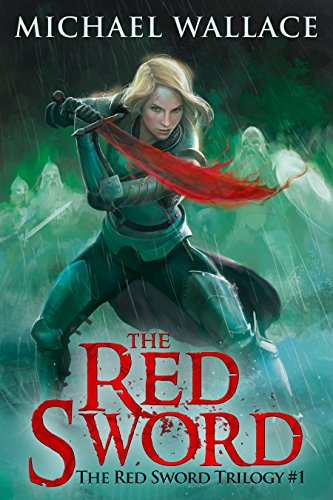 – Learn More
Text-to-Speech and Lending: Enabled
Don’t have a Kindle? Get yours here.
Here’s the set-up:
*** Special Launch Price: 99¢ for Two Weeks Only! (regular price: $4.99) ***
Markal, an apprentice wizard, is thrust unexpectedly to the head of his order when his master is decapitated by a gray-skinned assassin. The order’s walled gardens have the power to restore their dead master to life, but only if the apprentices can protect his body long enough for their sanctuary to work its magic.

When a barbarian warrior named Bronwyn invades the gardens wielding a soul-binding sword and accuses the order of harboring a powerful sorcerer, Markal thinks she is another assassin come to finish the job. But Bronwyn is a paladin, a holy warrior from across the mountains, and her presence is a harbinger of a greater threat than Markal had imagined, a necromancer with the power to command the dead.

Together, they must join forces before the necromancer destroys Markal’s order and overruns Bronwyn’s homeland.

For more of Michael Wallace’s amazing stories follow him on his BookGorilla Author page!