My Year as Clown: A Novel 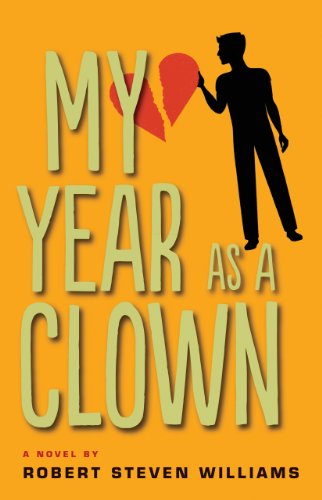 With My Year as a Clown, Williams introduces us to the Philadelphia Eagles-obsessed Chuck Morgan, reeling after being blindsided by the abrupt collapse of his 20-year marriage. Morgan is a new kind of male hero, imperfect and uncertain, who—like his favorite football team—is fumbling forward into uncertainty. The 2013 Silver Medal Winner for Popular Fiction from the Independent Publisher Book Awards.

Initially, Chuck worries he’ll never have a relationship again, that he could stand in the lobby of a brothel with a hundred dollar bill plastered to his forehead and still not get lucky. But as his emotionally raw, 365-day odyssey unfolds, Chuck gradually relearns to live on his own, navigating the minefield of issues faced by the suddenly single—new routines, awkward dates, and even more awkward sex.

Clown will attract fans of the new breed of novelists that includes Nick Hornby, Jonathan Tropper and Tom Perrotta. Like others in that distinguished group, Robert Steven Williams delivers a painfully honest glimpses into the modern male psyche while writing about both sexes with equal ease and grace in a way that’s both hilarious and heartbreaking at the same time.

“Robert Steven Williams has written a novel of tremendous honesty, humor, and insight. His story of Philadelphia Eagles-loving Chuck Morgan, cast adrift on the rocky shoals of dating when his wife of twenty years suddenly leaves him, does for men what Bridget Jones’s Diary did for women.” – Joy Johannesen, editor for Alice Sebold, Amy Bloom, Michael Cunningham and My Year as a Clown
Enjoy Robert Steven Williams’s Books? Tell us Why and Win a Free Book!
Authors and Publishers: How to Sponsor Kindle Nation Daily