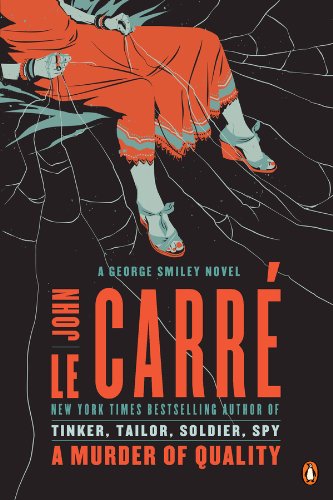 From the New York Times bestselling author of Tinker, Tailor, Soldier, Spy; Our Kind of Traitor; and The Night Manager, now a television series starring Tom Hiddleston. John le Carré’s new novel, A Legacy of Spies, will be available from Viking in Fall 2017.

John le Carré’s second novel, A Murder of Quality, offers an exquisite, satirical look at an elite private school as it chronicles the early development of George Smiley.

Miss Ailsa Brimley is in a quandary. She’s received a peculiar letter from Mrs. Stella Rode, saying that she fears her husband—an assistant master at Carne School—is trying to kill her. Reluctant to go to the police, Miss Brimley calls upon her old wartime colleague, George Smiley. Unfortunately, it’s too late. Mrs. Rode has just been murdered. As Smiley takes up the investigation, he realizes that in life—as in espionage—nothing is quite what it appears.

Enjoy John le Carré’s Books? Tell us Why and Win a Free Book!