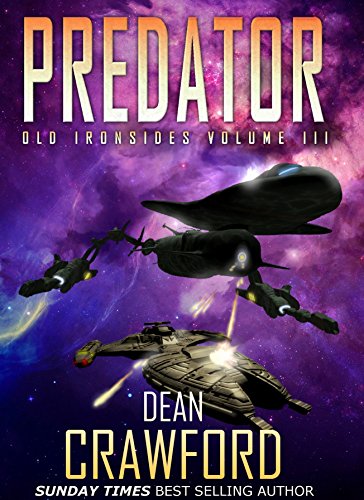 Centuries after three quarters of the human population on earth fell victim to a savage plague, a new enemy rises to threaten the existence of humanity. A civilization divided by those still fully human, those part-machine and those who are both dead and alive at the same time, what it means to be truly human has already been long forgotten.

Surviving in a world four hundred years in the future that is as strange as it is dangerous, Detective Nathan Ironside is facing the first ever invasion of Earth by an alien force. Caught between the threat of war, an allied fleet and a family he barely knows, Nathan is assigned the case of a serial killer unlike any other he has ever seen: a killer who leaves his victims mummified and without their internal organs.

As the case takes him into the depths of New Washington’s darkest corners in search of black-market organ smugglers, he realizes that the killer is not a human being at all. As remote outposts in nearby star systems start falling silent one by one, Nathan and the fleet realize that the killers are entities that have assumed the identities of their countless victims to infiltrate mankind, and that the invasion of Earth began long, long ago…

“The action is frenetic, in the vein of Matthew Reilly’s Scarecrow series. Crawford is an able storyteller who smoothly orchestrates the plot’s twists and turns… ” – Kirkus Reviews

“Partly mythical read, part thriller this pacy tale is a page turner guaranteed to keep you up late.” – The Sun

“Get the cameras rolling—Indiana Jones meets Alien. What a combination of mystery, suspense, and unspeakable horror. I loved it!” – R.L. Stine

“This is an amazingly good, intelligently told novel by an exciting new British author.” – Eurocrime

“Earth-shattering intrigue, hyperdrive action and a desperate race to save humanity, cranked up to the max with scarily realistic science and apocalyptic religion thrown in for good measure . . . a major new talent has hit the mystery thriller scene!” – Scott Mariani