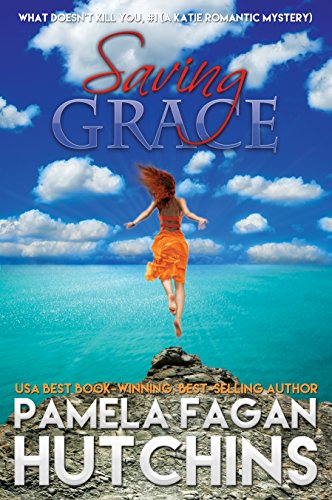 4.3 stars – 2,421 reviews
Kindle Price: FREE!
Text-to-Speech and Lending: Enabled
Available on Audible
Don’t have a Kindle? Get yours here.
Here’s the set-up:

Saving Grace kicks the What Doesn’t Kill You series off with voodoo, laughs, and suspense.

>>> See why Pamela’s novels have won contest after contest.

>>> Once Upon A Romance calls Hutchins an “up-and-coming powerhouse writer.”

“A riveting drama with plenty of twists and turns for an exciting read, highly recommended.” — Small Press Bookwatch

“An exciting tale that combines twisting investigative and legal subplots with a character seeking redemption. An exhilarating mystery with a touch of voodoo.” — Midwest Book Review MBR Bookwatch

>>> Catch other adventures of Katie and her friends in the What Doesn’t Kill You romantic mystery series.

Scroll up and grab your copy today!