The Boston Trader (The Tarkingtons Book 2) 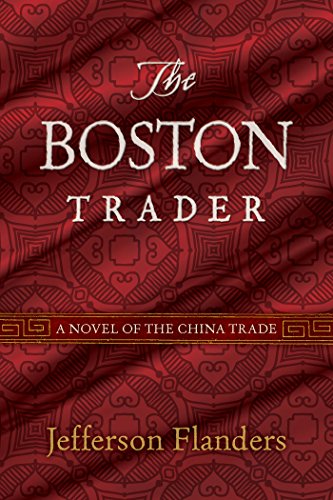 Imperial China. When Calvin Tarkington arrives in Peking in the winter of 1795, he becomes the first American merchant to experience the sights and sounds of this exotic Imperial capital: blue-jacketed Chinese, masked against the sweeping Northern winds, crowd outdoor markets filled with the riches of Asia; proud Manchu bannermen patrol the wide boulevards and narrow alleys; and behind the vermillion walls of the Forbidden City, mandarins, nobles, eunuchs, and concubines serve their aging Emperor, Ch’ien-lung, the Son of Heaven.

Yet Calvin cannot enjoy this moment: he has been brought to Peking to face trial on trumped-up murder charges after witnessing the assassination of an Imperial investigator in the port of Canton, the sole city open to the foreign devil taipans, a killing that is somehow linked to the growing, but illicit, opium trade.

Calvin must prove his innocence by unmasking the real killers and their connection to the corruption, misrule, and hidden treachery threatening the very stability of the Dragon Throne. He can rely only on a Manchu general and an elderly French Jesuit astronomer for help as he confronts the powerful dark forces intent on delivering him into the hands of the Imperial executioners.

The Boston Trader tells a compelling story of deception and desire, of love and betrayal, and of courage and conviction. It paints a memorable portrait of China at a turning point in its history, as the fate of the Celestial Empire hangs in the balance.