The Death of Distant Stars, A Legal Thriller 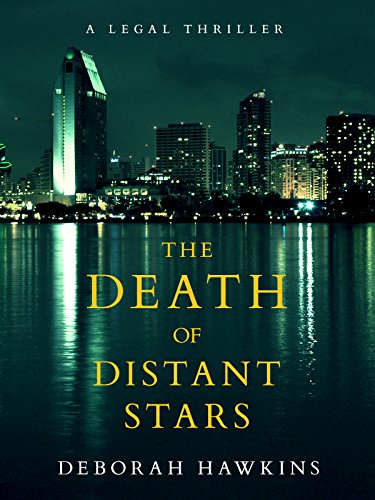 Hugh Mahoney is the most powerful plaintiff’s attorney in America, with a self-admitted weakness for  power and beautiful women. When Kathryn Andrews, asks him to bring a wrongful death suit against Wycliffe Pharmaceutical because their drug killed her husband and is killing millions, Hugh agrees.  As Hugh and his team of high-priced of Goldstein, Miller attorneys prepare their case, they find more and more evidence that Wycliffe has covered up the deadly properties of the drug that killed Tom.  Multiple attempts on Kathryn’s life confirm that the Goldstein, Miller lawyers are very close to uncovering the truth.

“Audiences who usually eschew this genre for its predictable formula approach will find nothing staid about The Death of Distant Stars.  The result is a gripping saga that winds through private lives, and  political and legal confrontations alike in a story that’s hard to put down and satisfyingly unpredictable in its fine conclusion.”  – D. Donvan, Senior Reviewer, Midwest Book Review
Become a fan! Follow Deborah Hawkins on BookGorilla
Authors and Publishers: How to Sponsor Kindle Nation Daily