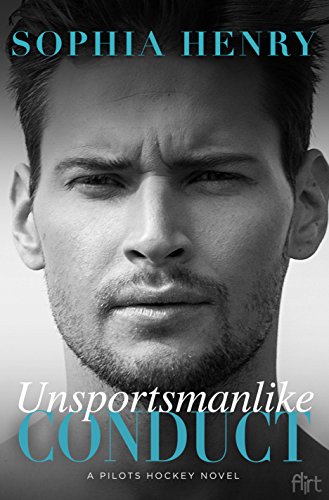 The author of Delayed Penalty returns with the story of a free spirit who believes she’s found forever with a playboy on a singles cruise. Discover why Kelly Jamieson calls the Pilots Hockey series “fun and flirty, warm and sweet.”

Kristen Katsaros wants a life full of adventure and laughter. After a difficult childhood, her motto is to live each day like it’s her last—because it just might be. So when Kristen’s parents send her on a post-grad singles cruise in the Caribbean to meet a Greek husband, she promptly hooks up with the hottest guy she’s ever met. Pasha’s decidedly not Greek, but Kristen gives him a pass because he’s got fun written all over his rock-hard abs.

Pavel Gribov, the cocky playboy of the Detroit Pilots hockey team, can score any girl he wants. But when a teammate drags him on a singles cruise, he can’t resist the chance to help out a drop-dead gorgeous damsel in distress by pretending to be her boyfriend. Before long, the fake fling turns intimate, fueled by something much deeper than lust.

Kristen and Pasha both agree to walk away once the cruise is over, but reality hits like a slap shot when Kristen finds out Pasha lied about everything. Just when she’s ready to start living again, the two stubborn survivors must decide if they can bear to lose the best thing that ever happened to either of them.

“Recommended for anyone who loves a feel-good romance and wants to get lost in a story.”—Blogs and Coffee

“You don’t have to have read the previous three books to get the best out of this one, but they are such good reads that I can wholeheartedly recommend them.”—Angel Net Reviews

“This book is definitely very steamy, but also has some great dialogue/banter, and well-developed characters, keeping the story moving along at a steady pace. I read this book in one sitting. . . . I could not put it down until I knew these two had worked things out and were giving their love a chance.”—Ms. C’s Diversions

“Unsportsmanlike Conduct is well written and fun . . . a stand-alone book that has me looking forward to more from Ms. Henry.”—Cocktails & Books

“A beautiful story . . . The writing and plot are superb and you can’t help but fall in love with all of the characters . . . even Spiros! I give Unsportsmanlike Conduct five stars!”—Cara’s Book Boudoir

“Unsportsmanlike Conduct is a story about living life to the fullest and leaving no stone unturned. . . . I would highly recommend it.”—The Crafty Engineer’s Bookshelf

“I really liked the writing and the pacing of this one. I liked the plot and the timing, and this one made me want to read the previous books in this series.”—My Tiny Obsessions

“Unsportsmanlike Conduct was a heartfelt story that I could not put down. It made me experience just about every emotion, and it truly moved me. I look forward to Sophia Henry’s next book in the series.”—Diane’s Book Blog

“Unsportsmanlike Conduct was the fast-paced romance that I was looking for.”—Go Read A Book