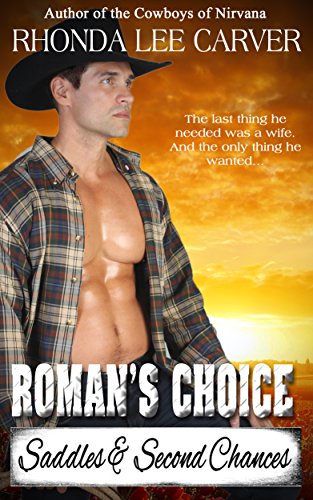 4.9 stars – 34 reviews
Kindle Price: 99 cents
Text-to-Speech and Lending: Enabled
Don’t have a Kindle? Get yours here.
Here’s the set-up:

Five brothers. One ranch. Hold on…things are about to get rough and dirty.

Roman Jericho, and his brothers, are known in Texas for their striking good looks and skill as ranchers–among other things that keep the ladies hot on their tails. The last thing Roman wants, or needs, is another marriage that ends with an empty bank account and bed so he steers clear.

Relationship Guru, Pippa Wilder, is at the top of her career. Two bestselling, self-help books and speaking engagements all over the country, she offers advice that saves marriages. But if only her fans knew how upside down her own love life is. Relationship after relationship fizzled. When she sees tall, strapping, and handsome stroll into the lobby at the Vegas casino, she drops all logic into the slot, pulls the lever and watches her life spin in front of her. She’s lost in smoky blue eyes and callused hands–and that husky Texas twang.

After falling in lust, they do something real crazy. They find themselves drunk on hormones, standing before an Elvis impersonator getting hitched. When all hell breaks loose in the media, to save her career Pippa must save her marriage.

Roman has always been the ‘go-with-the-flow’ type so when his ‘wife’ shows up on his ranch needing his help he’s more than willing to oblige–especially if it means they’ll be husband and wife in every way. He’s got it bad for the petite, spitfire and can’t seem to get enough.

Finding themselves smack-dab in the spotlight and on the cover of trash magazines, Roman isn’t sure he’s cut out to be in the public eye–he wants his wife, but he refuses to be called Mr. Pippa Wilder. Roman realizes it’s time to make a choice…or take the lead. This could be fun, or very messy.

“If ever there were two opposites, it’s Pippa and Roman. Yet it’s a primitive force that has them colliding. An attraction that leaves them both breathless and married... I couldn’t put it down, just had to see if this whirlwind marriage would survive.” ★★★★★5 stars Amazon review