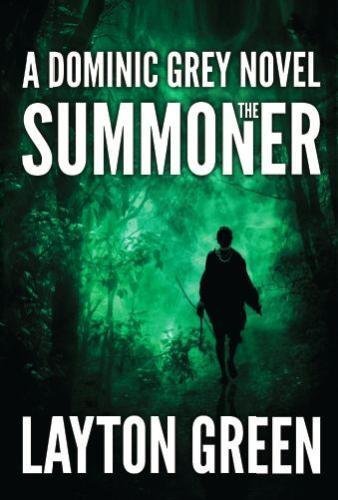 The Dominic Grey series of supernatural thrillers are all highly rated, and all are bestsellers.

The first work in a globe-hopping thriller series whose protagonists investigate the world’s most bizarre and dangerous cults, The Summoner is a stylish, haunting novel of mystery and suspense.

When a United States diplomat disappears in front of hundreds of onlookers while attending a religious ceremony in the bushveld of Zimbabwe, Dominic Grey, Diplomatic Security special agent, product of a violent childhood and a worn passport, is assigned to investigate. Aiding the investigation is Professor Viktor Radek, religious phenomenologist and expert on cults, and Nya Mashumba, the local government liaison.

What Grey uncovers is a terrifying cult older than Western civilization, the harsh underbelly of a country in despair, a priest seemingly able to perform impossibilities, and the identity of the newest target. 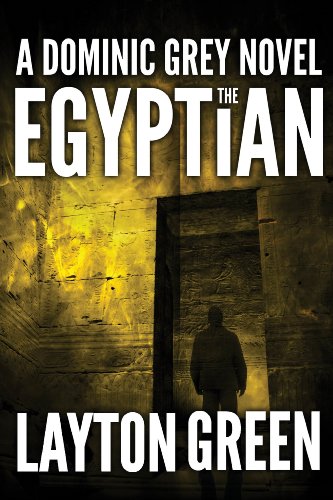 The second book in a globe-hopping thriller series whose protagonists investigate the world’s most bizarre and dangerous cults.
At a mausoleum in Cairo’s most notorious cemetery, a mercenary receives a package containing a silver test tube suspended in hydraulic stasis.

An investigative reporter tracking rogue biomedical companies is terrified by the appearance of a mummified man outside her Manhattan apartment.

A Bulgarian scientist who dabbles in the occult makes a startling discovery in his underground laboratory.

These seemingly separate events collide when Dominic Grey and Viktor Radek, private investigators of cults, are hired by the CEO of an Egyptian biomedical firm to locate stolen research integral to the company’s new life extension product. However, after witnessing the slaughter of a team of scientists by the remnants of a dangerous cult thought long abandoned, Grey and Viktor turn from pursuers to pursued.

From the gleaming corridors of visionary laboratories to the cobblestone alleys of Eastern Europe to a lost oasis in the Sahara, Grey and Viktor must sift through science and myth to uncover the truth behind the Egyptian and his sinister biotech – before that truth kills them. 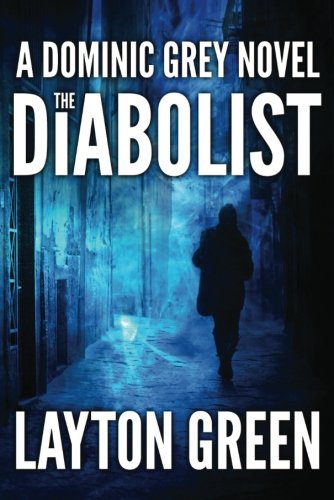 In this gripping thriller, the bizarre murder of a Satanic priest in San Francisco draws Dominic Grey and Viktor Radek, private investigators of cults, to the scene. Witnesses claim a robed figure, seemingly able to appear and disappear at will, set fire to the priest. When the leader of another Satanic cult in Paris dies under similar circumstances, the case only grows stranger… and more dangerous.

Convinced that a charismatic New Age prophet is behind the murders, the investigators undergo a perilous journey into the world of the occult as they try to penetrate the prophet’s inner circle. From the catacombs of Paris to London’s nefarious East End, from the haunted walls of York to a monastic fortress in the Sicilian wilderness, the case plunges Viktor and Grey into a vortex of black magic, ancient heresies, and the dark corners of their own pasts.

The Diabolist is a chilling novel that not only pulsates with action and suspense, but also mines a trove of fascinating historical, philosophical, and paranormal research to probe some of our closest held beliefs. From the opening pages to the astonishing conclusion, this latest installment in one of today’s most original new thriller series is not to be missed. 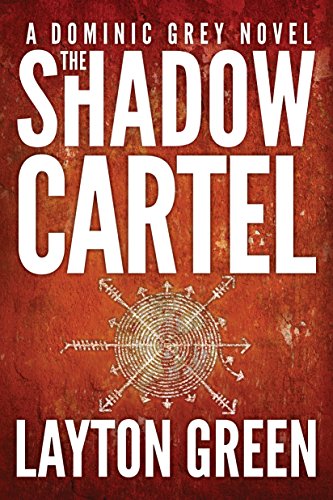 The sins of the past always return…

The General. A name whispered in hushed tones among the criminal underworld, from Miami to Buenos Aires. A name even the drug cartels fear.

Yet the General is a man without a face. There are no fingerprints on file, no known base of operations, not even a biographical sketch. He operates in the shadows, but somehow controls a vast criminal empire.

And he has never made a direct incursion onto U.S. soil — until now.

In Miami, disgraced DEA agent Fred Hernandez is called to investigate a bizarre crime scene, where the bodies of four drug dealers are sprawled around an iron cauldron. Even stranger is the mysterious ‘blue lady’ that a drug-addled witness claims killed the men.

Lana Valenciano, an ambitious CIA operative, informs Agent Hernandez that the murders might be connected to a legendary South American criminal known as the General. Lana claims the General has become a threat to national security — but has no idea how to find him.

The government’s best hope? Private investigators Dominic Grey and Viktor Radek, who might be the only people alive with the skills to unravel the General’s tangled web.

Thrown together on a covert manhunt, Grey and the two agents delve into the darkest reaches of international drug trafficking, only to unearth a sinister chapter in the history of the CIA that has spilled into the present — and put them in the crosshairs of an underworld puppeteer with a frightening reach.