Meant To Be – SEALs Military Espionage Contemporary Romantic Suspense: A Novel of Honor and Duty (For Love of Country Book 1) 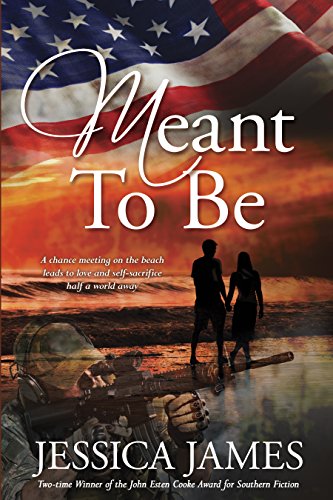 4.6 stars – 45 Reviews
Kindle Price: FREE!
Text-to-Speech and Lending: Enabled
Don’t have a Kindle? Get yours here.
Here’s the set-up:
What do you do when the person you most want to protect is the one risking everything to make sure you survive?

A chance meeting on the beach leads to love and self-sacrifice half a world away in this gripping tale of espionage and military suspense. A special ops soldier is pushed to new limits when he discovers the person he most wants to protect is the one risking everything to make sure he survives.

It started as a chance encounter on the beach, and ended 24 hours later when they parted to go their separate ways.

Or so they thought.

Actually it was just the beginning.

WHEN LAUREN CANTRELL said goodbye to the guy she had just met on the beach, she had no way of knowing their paths would ever cross again. But fate had another unexpected meeting in store for them—this time in a place where danger was part of the culture and the stakes were life and death.

THE LAST PERSON in the world Rad expected to see at a special ops briefing in Afghanistan is the girl he met at the beach two weeks ago—the one he can’t stop thinking about.

From the sundrenched beaches of Ocean City, Md., to the snowcapped mountains of Afghanistan, this thrilling tale of espionage and intrigue takes readers on a spellbinding journey into the secret lives of our nation’s quiet heroes—and answers the question:

What do you do when the person you most want to protect is the one risking everything to make sure you survive?

MEANT TO BE recounts the dedication of our military, the honor and sacrifice of our soldiers, and a relationship that is tested and sustained by the powerful forces of love, courage and resolve.