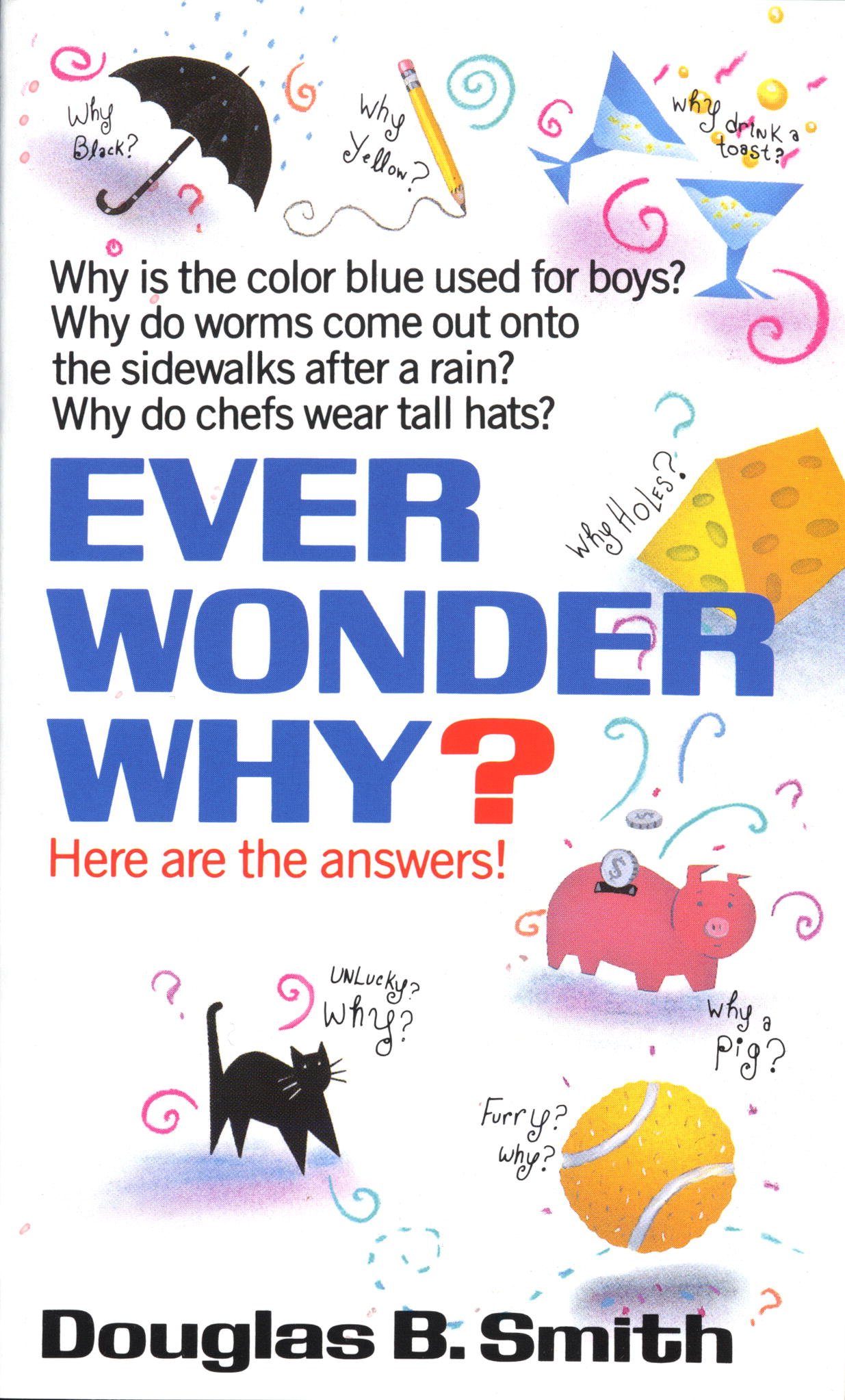 Learn the fascinating stories behind everyday objects, customs and facts we usually take for granted in these books tailor-made for trivia buffs.

Everyone knows that…donuts have holes…we clink glasses before saying a toast…golfers yell “fore!” before teeing off…we nod our heads yes and shake our heads no…But how many of us know why?

You’ll learn the answers to these questions and a whole lot more in this fun and fact-filled almanac. And all you have to do is ask WHY?!

One reviewer says:
“I got lost in this book for hours. There are answers to questions I didn’t even know to ask–and they’re all fascinating. This book holds the kind of fun and unique facts that will impress and amaze your friends. Do you know why the sea is salty? Why $ means dollars? Why Swiss cheese has holes? Why prostitutes are called “hookers”? Why tennis balls are fuzzy?” 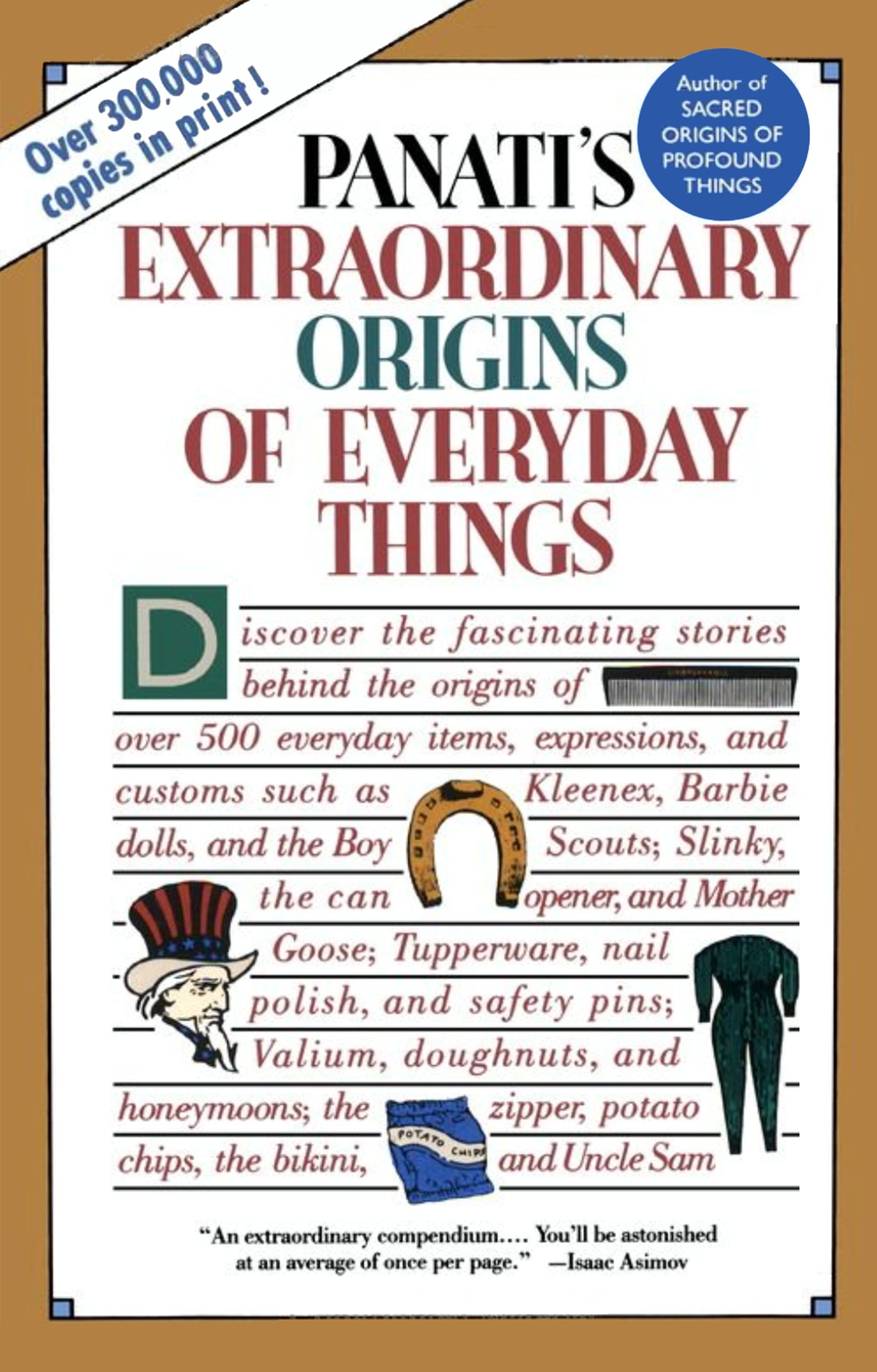 For lovers of facts, students of popular culture, history buffs, and science enthusiasts, the foremost specialist on everything tells how and why hundreds of the everyday items, expressions, and customs we take for granted came into existence. Learn the fascinating discovery stories behind over 500 phenomena, including:

How chewing gum and Silly Putty began as substitutes for rubber.

How the potato chip emerged from an act of pique on the part of an Indian named Crum.

How a socialite invented the dishwasher because servants too frequently broke her expensive china.

Why April Fool’s Day started out as New Year’s Eve, a joke in itself.

How the song ‘Happy Birthday to You’ began as a kindergarten jingle titled ‘Good Morning to All.’

How the zipper was one man’s attempt to make obsolete not buttons… but shoelaces.

How the newlywed husband came to the aid of his accident-prone bride with the invention of the Band-Aid.

How the hot dog began as an outlawed Roman sausage and received its name at a New York baseball game.

How a pot-and-pan salesman who baited customers with soapy steel wool pads launched the S.O.S empire.

How Drs. Fallopius and Condom made strides in inventing and popularizing a male means of birth control.

How the original Goldilocks was a disgruntled, gray-haired crone, tortured by the three bears.

How Ketchup became from the Romans, Tabasco sauce from an exiled New Orleans banker, Mayonnaise from a French duke, and A.I. Steak Sauce from a royal chef named Brand. 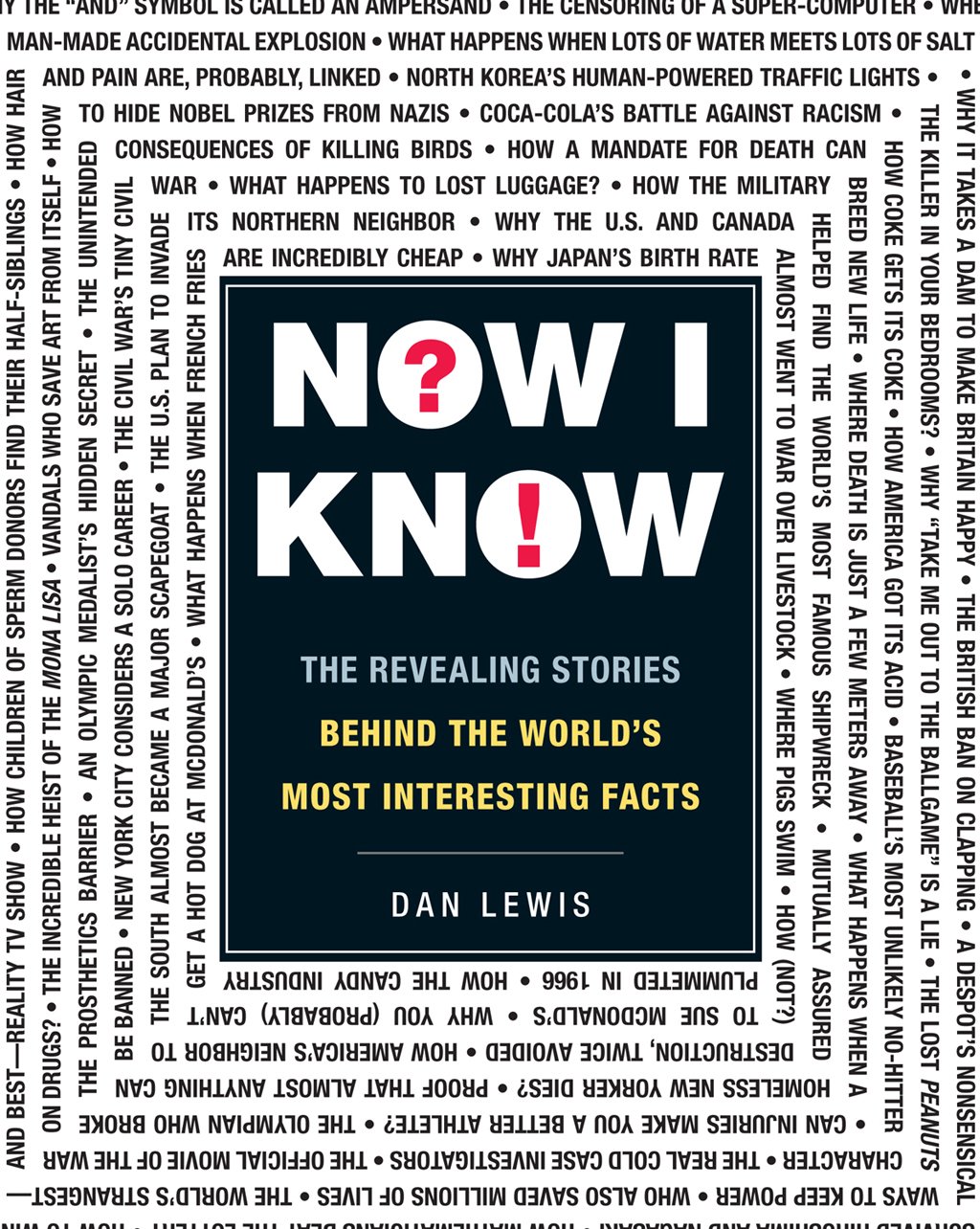 Now I Know: The Revealing Stories Behind the World’s Most Interesting Facts (5/5 stars, currently priced at $8.65)

Did you know that there are actually 27 letters in the alphabet, or that the U.S. had a plan to invade Canada? And what actually happened to the flags left on the moon?

Even if you think you have a handle on all things trivia, you’re guaranteed a big surprise with Now I Know. From uncovering what happens to lost luggage to New York City’s plan to crack down on crime by banning pinball, this book will challenge your knowledge of the fascinating stories behind the world’s greatest facts.

Covering 100 outrageous topics, Now I Know is the ultimate challenge for any know-it-all who thinks they have nothing left to learn.

Praise for the Webby Award-winning newsletter:
“I eagerly read ‘Now I Know’ every day. It’s always fresh, always a surprise, and always interesting!” –Jimmy Wales, founder of Wikipedia and Wikia 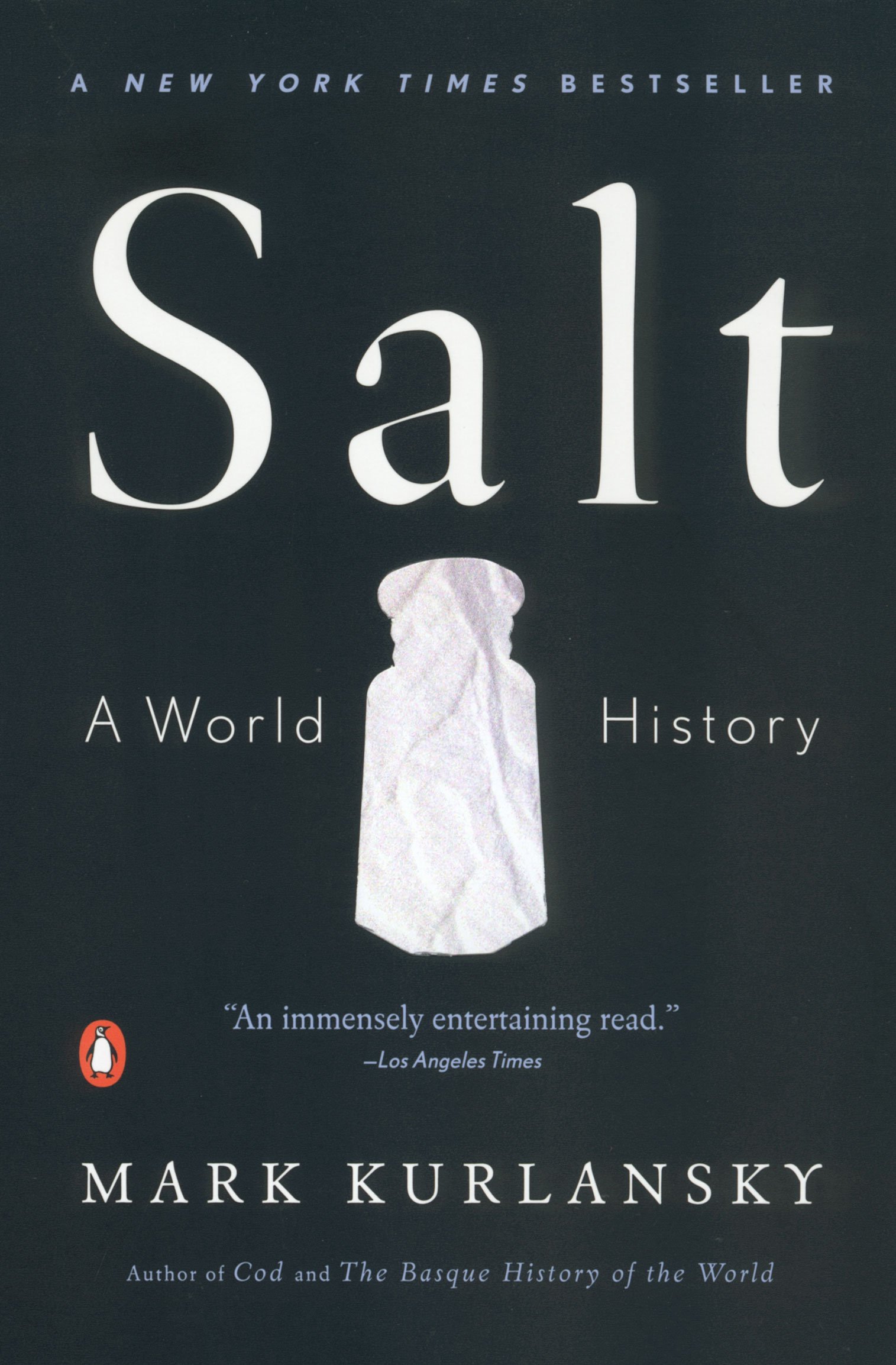 In his fifth work of nonfiction, Mark Kurlansky turns his attention to a common household item with a long and intriguing history: salt. The only rock we eat, salt has shaped civilization from the very beginning, and its story is a glittering, often surprising part of the history of humankind. A substance so valuable it served as currency, salt has influenced the establishment of trade routes and cities, provoked and financed wars, secured empires, and inspired revolutions. Populated by colorful characters and filled with an unending series of fascinating details, Salt by Mark Kurlansky is a supremely entertaining, multi-layered masterpiece.

Mark Kurlansky is the author of many books including Cod, The Basque History of the World, 1968, and The Big Oyster: History on the Half Shell. His newest book is Birdseye. 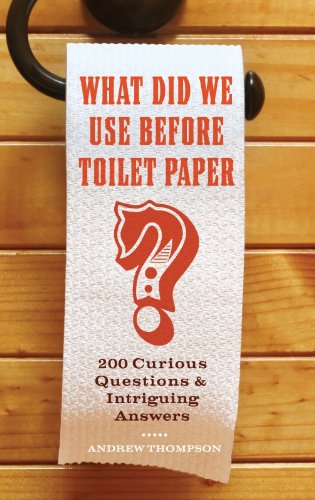 What Did We Use Before Toilet Paper?: 200 Curious Questions and Intriguing Answers (4/5 stars, currently priced at $9.99)

BAFFLING AND BIZARRE.
ENTERTAINING AND ENLIGHTENING.

This witty and compulsive collection of trivia will captivate and surprise you with its fun and funky revelations:

• Why is New York called “the Big Apple”?

• How do people count cards at casinos?

• What keeps the head on a glass of beer?

• Why don’t you ever see baby pigeons?

• Why is getting married called tying the knot?