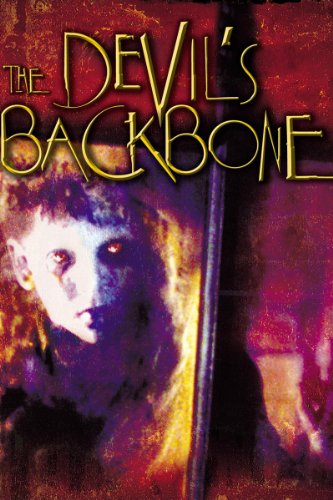 Guillermo Del Toro is the driving force behind many critically-acclaimed, cerebral horror and ghost story movies. Del Toro’s mastery of terror and the macabre, and his ability to invest even the most frightening stories and monsters with an undercurrent of poignancy, are unmatched. Descriptions below are from IMDB.

It is 1939, the end of three years of bloody civil war in Spain, and General Franco’s right-wing Nationalists are poised to defeat the left-wing Republican forces. A ten-year-old boy named Carlos, the son of a fallen Republican war hero, is left by his tutor in an orphanage in the middle of nowhere…Carlos never feels completely comfortable in his new environment.

First of all, there was that initial encounter with the orphanage’s nasty caretaker, Jacinto, who reacts even more violently when anyone is caught looking around a particular storage room: the one with the deep well. Second, and more inexplicable, is the presence of a ghost, one of the former occupants of the orphanage named Santi. Not long after Carlos’ arrival, Santi latches onto Carlos, badgering him incessantly at night and gloomily intoning, “Many of you will die.”

As if that wasn’t enough to keep the orphanage’s occupants in an unrelenting state of terror, there’s the un-exploded bomb that dominates the orphanage’s courtyard, still ticking away; With the orphanage left defenseless by its isolation, and the swift progression of Franco’s troops, the ghost’s prediction seems depressingly accurate. Nevertheless, with every step of the plot, it becomes apparent that the ghost’s predictions as to who (or what) will die, the real source of danger and even the definition of death itself may be more ambiguous than first thought.
– Written by Anonymous 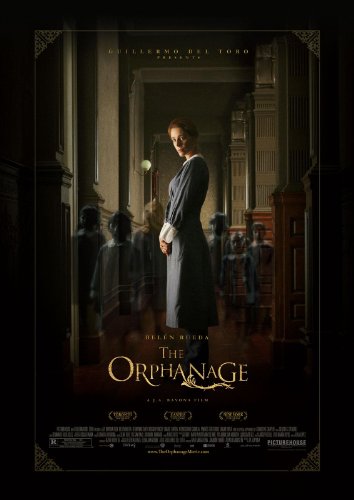 The Orphanage (R, 4/5 stars, in Spanish with English subtitles)

Laura, a former orphan, raises her adopted son Simón together with her husband Carlos in an old house and former orphanage where she was raised. While at the orphanage Simón tells Laura that he has five invisible friends which she believes are a product of his active imagination.

Laura decides to reopen the orphanage to cater for disabled children and throws a party. During the party Simón tries to persuade Laura to go and take a look at his friends cabin but she’s too busy. Later on she sees a mysterious masked boy and realizes that Simón has also disappeared.

Laura feels the presence of other people in the house and months later Laura invites a team of parapsychologists to try to unravel the mystery.
– Written by Claudio Carvalho 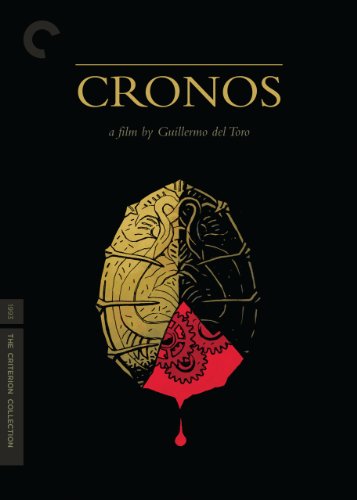 “In 1536, fleeing from the Inquisition, the alchemist Humberto Oganelli disembarked in Veracruz, Mexico. Appointed official watchmaker to the viceroy, Oganelli was determined to perfect an invention which would provide him with the key to eternal life. He was to name it the Cronos device. Four hundred years later, one night in 1937, part of a wall in a building collapsed. Amongst the victims was a man of strange skin, the color of marble in moonlight, his chest mortally pierced. His last words: Sua tempore. This was the alchemist. The authorities located the residence of the dead man. What they found there was never fully revealed to the public. After a brief investigation, the mansion and its contents were sold at public auction. Never on any list or inventory was the Cronos device mentioned. As far as anyone knew, it never existed.”
– written by KrystelClaire

An aging antique dealer named Jesus Gris happens upon an elegant mechanized scarab. When opened, it painfully stabs whomever is holding it, but the wound brings youthful vigor and a vampire’s need for blood. The device is relentlessly pursued by a dying tycoon named Dieter de la Guardia, whose nephew Angel, reluctant to see his uncle live a moment longer, must still do the old man’s bidding. Meanwhile, Gris’s desires endanger his own granddaughter, Aurora.
– Written by jhailey 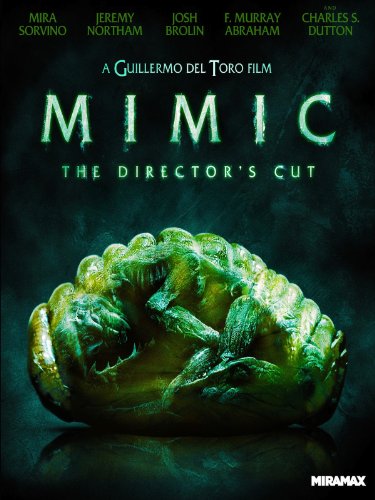 A virulent new disease is killing the children of Manhattan and has reached epidemic proportions. Peter Mann in desperation asks the entomologist, Dr. Susan Tyler, if she can help by killing the disease carrier, the common cockroach.

Susan genetically engineers a new species of predatory insect to exterminate the cockroach and then die off. This novel solution works and the children recover but nature isn’t the laboratory and things don’t exactly go according to plan.

Three years later people start to disappear, mutilated bodies are found and wild rumors of giant insects mimicking man start to emerge from the bag people living in the subway under Manhattan. Peter and Susan are called in to investigate.
– Written by Mark Smith 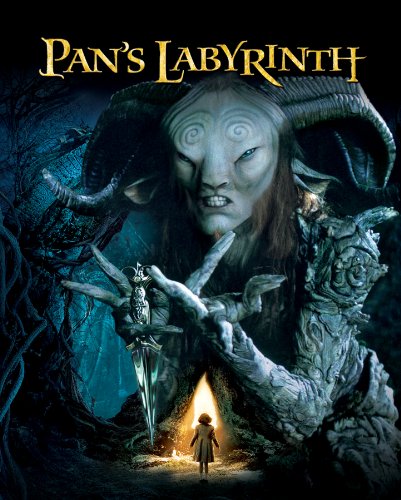 In 1944, in the post-Civil War in Spain, rebels still fight in the mountains against the falangist troops. The young and imaginative Ofelia travels with her pregnant and sick mother Carmen Vidal to the country to meet and live with her stepfather, the sadistic and cruel Captain Vidal, in an old mill. During the night, Ofelia meets a fairy and together they go to a pit in the center of a maze where they meet a faun that tells that she is a princess from a kingdom in the underground. He also tells that her father is waiting for her, but she needs to accomplish three gruesome, tough and dangerous assignments first. Meanwhile, she becomes friend of the servant Mercedes, who is the sister of one of the rebels and actually is giving support to the group. In a dark, harsh and violent world, Ofelia [escapes into] her magical world, trying to survive her tasks and [be reunited with] her father and king again.
– Written by Claudio Carvalho 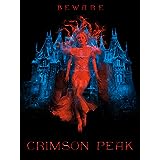 Edith Cushing’s mother died when she was young but watches over her. Brought up in the Victorian Era she strives to be more than just a woman of marriageable age.

She becomes enamored with Thomas Sharpe, a mysterious stranger. After a series of meetings and incidents she marries Thomas and comes to live with him and his sister, Lady Lucille Sharpe, far away from everything she has known.

The naive girl soon comes to realize not everything is as it appears as ghosts of the past quite literally come out of the woodwork. This movie is more about mystery and suspense than gore.
– Written by @Avivafae