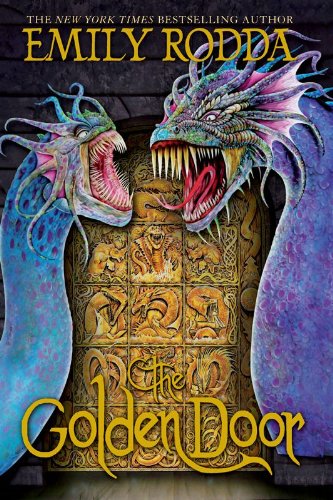 Currently (as of 7/25/16) bargain priced at $3.99 per book, Emily Rodda’s bestselling Golden Door trilogy for ages 8 and up has the Deltora Quest author winning new fans among kids, teachers and parents.

Particularly good for luring reluctant readers, Rodda’s fast-paced books keep the action coming and the chapters short so kids can get a sense of accomplishment early on. The reading-level appropriate vocabulary introduces some new words along the way, but the kids are so hooked on the characters and stories that they don’t mind.

The start of a stirring fantasy trilogy from Emily Rodda, the internationally bestselling author of Dragons of Deltora!

The walled city of Weld is under attck from ferocious flying creatures that raid in the night, bringing death and destruction. The Warden calls for Volunteers to find and destroy the Enemy sending invaders, and the heroes of Weld answer the call one by one, never to return. Rye is oficially too young to go, but his brothers are among the lost and he must find them. What terrors await him beyond the Wall? 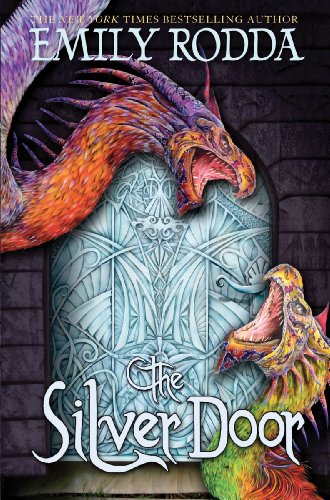 Internationally bestselling author Emily Rodda returns to the world of Deltora in book two of her brilliant new trilogy.

Rye made it through the golden Door and rescued his oldest brother, but his troubles are far from over. The walled city of Weld in which he lives is still under attack by flying beasts called skimmers and Rye must discover who is sending them before it’s too late.

Also, his second brother, Sholto, is still missing and Rye can feel that he’s in terrible danger. Rye must choose one of the three Doors that lead out of Weld and venture into the unknown one more time.

Will he save Sholto and Weld . . . or will the silver Door be the end of Rye? 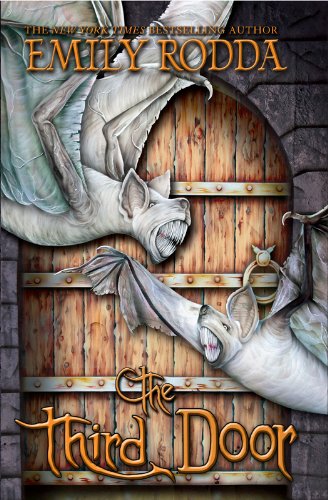 Internationally bestselling author Emily Rodda’s brilliant finale to the trilogy inspired by the world of Deltora.

Three magic Doors are the only way in and out of the walled city of Weld. The golden Door is grand and majestic — a Door for heroes. The silver Door hints at mystery and knowledge — a door for schemers. But the plain wooden Door has always held the most appeal for Rye and his friend Sonia. And now, at last, they have the chance to open it.

Now there’s just one Door left — one last chance to save the people of Weld. Rye and Sonia know everything depends on them. But nothing can prepare them for the horror that waits behind the wooden Door.