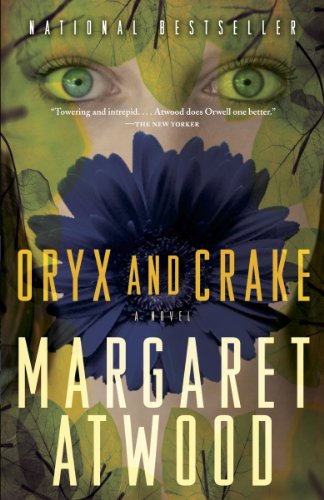 Bestselling, award-winning author Margaret Atwood (The Handmaid’s Tale) delves into a dystopian future once again in the MaddAddam trilogy.

Oryx and Crake is at once an unforgettable love story and a compelling vision of the future.

Snowman, known as Jimmy before mankind was overwhelmed by a plague, is struggling to survive in a world where he may be the last human, and mourning the loss of his best friend, Crake, and the beautiful and elusive Oryx whom they both loved.

In search of answers, Snowman embarks on a journey––with the help of the green-eyed Children of Crake––through the lush wilderness that was so recently a great city, until powerful corporations took mankind on an uncontrolled genetic engineering ride.

Margaret Atwood projects us into a near future that is both all too familiar and beyond our imagining. 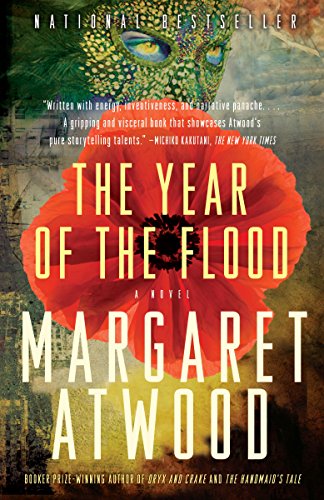 Set in the visionary future of Atwood’s acclaimed Oryx and Crake, The Year of the Flood is at once a moving tale of lasting friendship and a landmark work of speculative fiction.

In this second book of the MaddAddam trilogy, the long-feared waterless flood has occurred, altering Earth as we know it and obliterating most human life.

Among the survivors are Ren, a young trapeze dancer locked inside the high-end sex club Scales and Tails, and Toby, who is barricaded inside a luxurious spa.

Amid shadowy, corrupt ruling powers and new, gene-spliced life forms, Ren and Toby will have to decide on their next move, but they can’t stay locked away. 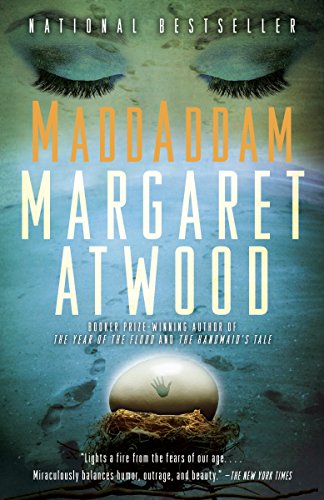 Months after the Waterless Flood pandemic has wiped out most of humanity, Toby and Ren have rescued their friend Amanda from the vicious Painballers. They return to the MaddAddamite cob house, newly fortified against man and giant pigoon alike. Accompanying them are the Crakers, the gentle, quasi-human species engineered by the brilliant but deceased Crake. Their reluctant prophet, Snowman-the-Jimmy, is recovering from a debilitating fever, so it’s left to Toby to preach the Craker theology, with Crake as Creator. She must also deal with cultural misunderstandings, terrible coffee, and her jealousy over her lover, Zeb.

Zeb has been searching for Adam One, founder of the God’s Gardeners, the pacifist green religion from which Zeb broke years ago to lead the MaddAddamites in active resistance against the destructive CorpSeCorps. But now, under threat of a Painballer attack, the MaddAddamites must fight back with the aid of their newfound allies, some of whom have four trotters. At the center of MaddAddam is the story of Zeb’s dark and twisted past, which contains a lost brother, a hidden murder, a bear, and a bizarre act of revenge.

Combining adventure, humor, romance, superb storytelling, and an imagination at once dazzlingly inventive and grounded in a recognizable world, MaddAddam is vintage Margaret Atwood—–a moving and dramatic conclusion to her internationally celebrated dystopian trilogy.