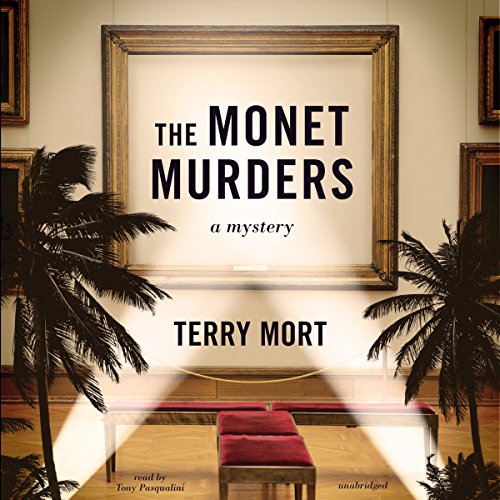 Audible is running an end of the month four dollar sale, offering highly-rated audiobooks for $3.95 each from today through 6/30/16. Included in the sale:

Private investigator to the stars Riley Fitzhugh finds himself caught up in the case of a missing Hollywood beauty – and a stolen Monet – in a 1930s hard-boiled caper as deadly as it is delightful.

Hollywood, 1934. Prohibition is finally over, but there is still plenty of crime for an ambitious young private eye to investigate. Though he has a slightly checkered past, Riley Fitzhugh is well connected in the film industry and is hired by a major producer – whose lovely girlfriend has disappeared. He is also hired to recover a stolen Monet, a crime that results in two murders… with more to come. Along the way Riley investigates the gambling ships anchored off LA, gets involved with the girlfriend of the gangster running one of the ships, disposes of the body of a would-be actor who assaults Riley’s girlfriend, and meets an elegant English art history professor from UCLA who helps him authenticate several paintings. Living at the Garden of Allah Hotel, Riley meets and assists many Hollywood screenwriters who frequent the hotel bar. Incidentally one of these gents, whose nom de plume is Hobey Baker, might actually be F. Scott Fitzgerald. 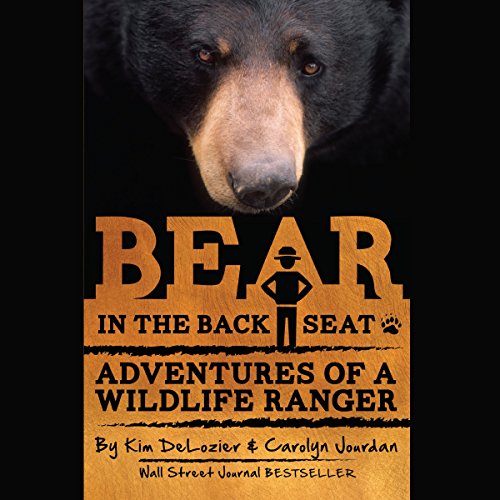 Bear in the Back Seat: Adventures of a Wildlife Ranger in the Great Smoky Mountains National Park – Volume 1 (4.5/5 stars)

This is the first volume in a series of true stories from “[a]n extraordinary landscape populated with befuddled bears, hormonally-crazed elk, homicidal wild boars, hopelessly timid wolves, and nine million tourists, some of whom are clueless”.

In Kim DeLozier’s world, when sedated wild black bears wake up unexpectedly in the back seat of a helicopter in mid-flight, or in his car as he’s driving down the highway, or in his office while he’s talking on the phone, it’s just another day in the park. You’ll love seeing Kim and a fellow ranger tested as they bravely take on the task of relocating 77 live skunks by sedating them with darts from homemade blowguns, especially when the pickup truck load of stinkers wakes up while still in transit.

A hilarious, heartwarming, and heartbreaking memoir by the chief wildlife ranger in the number-one most popular family vacation destination in the USA, the Great Smoky Mountains National Park. For over 30 years, Kim DeLozier acted as a referee in the wild, trying to protect millions of park visitors from one of the densest populations of wild black bears in America – and the bears from tourists who get too close. Written with Wall Street Journal best-selling author Carolyn Jourdan, who has several highly-regarded number-one Amazon best-sellers about the Smoky Mountains and Appalachia. 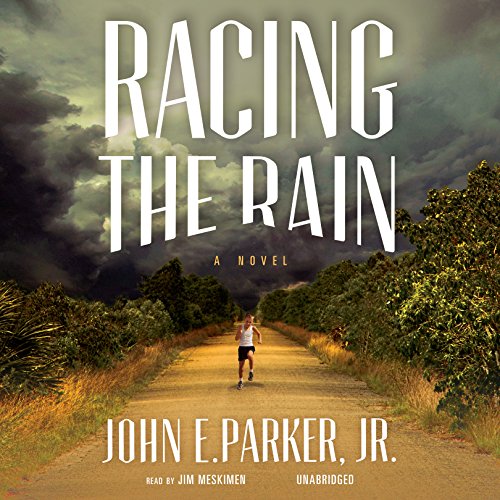 From the author of the New York Times best seller Once a Runner – “the best novel ever written about running” (Runner’s World) – comes that novel’s prequel, the story of a world-class athlete coming of age in the 1950s and ’60s on Florida’s Gold Coast.

Quenton Cassidy’s first foot races are with nature itself: the summer storms that sweep through his subtropical neighborhood. Shirtless, barefoot, and brown as a berry, Cassidy is a skinny, mouthy kid with aspirations to be a great athlete. As he explores his primal surroundings along the Loxahatchee River and the nearby Atlantic Ocean, he is befriended by Trapper Nelson, “the Tarzan of the Loxahatchee”, a well-known eccentric who lives off the land.

In junior high school, quite by chance, Cassidy discovers an ability to run long distances, but his real dream is to be a basketball star. Still, Cassidy absorbs Nelson’s view of running as a way of relating to and interacting with the natural world. Though he is warned of Nelson’s checkered past, Cassidy dismisses the stories as superstitious gossip – until his small town is stunned by the disappearance of a prominent judge and his wife. Cassidy’s loyalty to his friend is severely tested just as his opportunity to make his mark as a gifted runner comes to fruition.

John Parker’s prequel to the New York Times best seller Once a Runner vividly captures how a runner is formed and the physical endurance, determination, and mind-set he develops on the way to becoming a champion. Racing the Rain is an epic coming-of-age classic about the environments and friendships that shape us all. 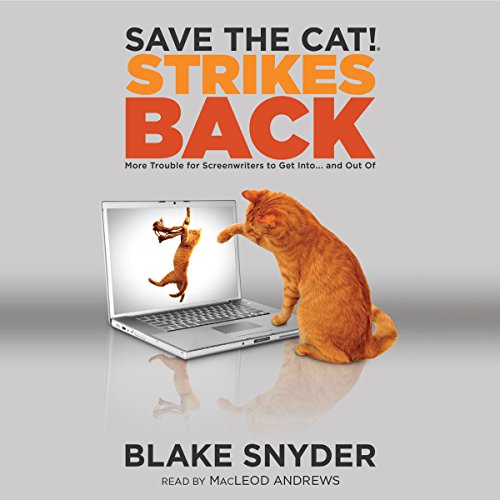 The only Save the Cat! book on audio! This is the unabridged audiobook, which runs six hours and three minutes and includes a PDF of supplementary material. The book is read by MacLeod Andrews and was produced and directed by Arthur G. Insana.

Blake Snyder, author of Save the Cat! and Save the Cat! Goes to the Movies, has delivered the audiobook countless readers and students have clamored for. Inspired by questions from his workshops, lectures, and emails, Blake listened to you and provides new tips, tactics, and techniques to solve your writing problems and create stories that resonate:

The seven warning signs that you might have a great idea—or not – Two surefire templates for can’t-miss loglines – The difference between structure and formula – The Transformation Machine that allows you to track your hero’s growth step by step – The five questions to keep your story’s spine straight – The Five-Point Finale to finish any story – The Save the Cat!® Greenlight Checklist that gets to the heart of every development issue – The right way to hear notes, deal with problematic producers, and dive in to the rewrite with the right attitude – Why and when an agent will appear – How to discover the potential for greatness in any story – How to avoid panic, doubt, and self-recrimination…and what it takes to succeed and dare to achieve your dreams.

Get ready to face trouble like a pro…and strike back! 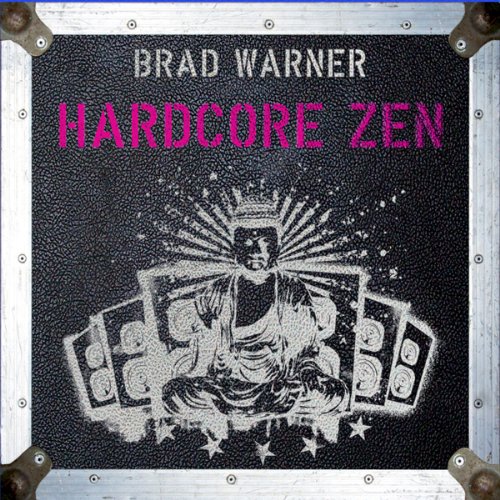 This is not your typical Zen book. Brad Warner, a young punk who grew up to be a Zen master, spares no one.

This bold new approach to the “Why?” of Zen Buddhism is as strongly grounded in the tradition of Zen as it is utterly revolutionary. Warner’s voice is hilarious, and he calls on the wisdom of everyone from punk and pop culture icons to the Buddha himself to make sure his points come through loud and clear.

As it prods readers to question everything, Hardcore Zen is both an approach and a departure, leaving behind the soft and lyrical for the gritty and stark perspective of a new generation.

The subtitle says it all: there has never been a book like this. 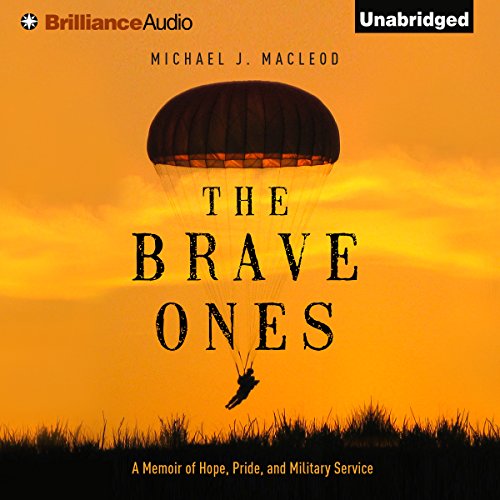 The Brave Ones: A Memoir of Hope, Pride, and Military Service (5/5 stars)

How does the US Army mold a video-game generation with its thumbs on the joystick into a proud fighting force with its fingers on the trigger – and lives on the line – in America’s War on Terror? Michael J. MacLeod, already an accomplished professional photographer and journalist, decided to find out the hard way: by enlisting in the armed forces at age forty-one. What he observed and experienced as an embedded reporter and a serving soldier makes for an unflinching and inspiring portrait of endurance, sacrifice, discipline, and courage.

From the trials of basic training on the home front to the ranks of the legendary 82nd Airborne Division to taking fire in the hot zones of Iraq and Afghanistan, MacLeod chronicles the soldier’s evolution as only one who’s been in those boots can.

Candid, wise, and powerful, his memoir takes listeners on an unforgettable journey through war and allows them to witness bravery firsthand.