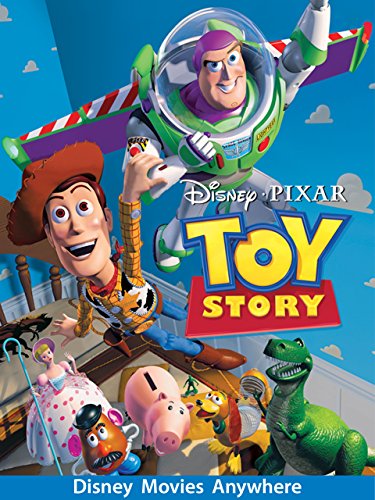 It’s your friendly KF on KND Editor April here. Most people already know Joss Whedon for his work on Buffy the Vampire Slayer, Angel, Firefly and Marvel’s The Avengers. But he has many more screenwriting credits to his name, and some of these lesser-known films of Joss Whedon may surprise you.

Knowing that Whedon’s the writer makes virtually any of them worth a rental, at least!

But when Buzz Lightyear arrives the space hero takes Andy’s room by storm!

Their rivalry leaves them lost and in a nightmare with Sid, a toy-torturing boy next door.

To escape they need to work together. 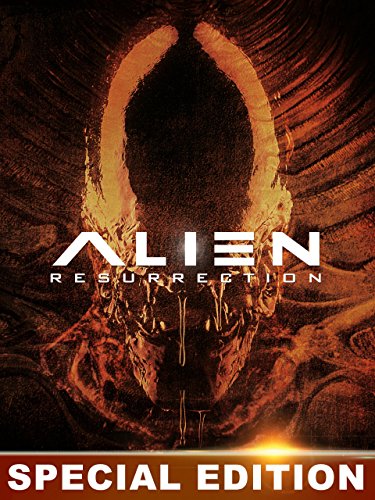 200 years after the conclusion of Alien 3, the Company is able to resurrect Ripley through the process of cloning and the scientists successfully take the Queen Alien out of her.

But, Ripley’s DNA gets mixed up with the Queen’s and she begins to develop certain alien characteristics. The scientists begin breeding the aliens, but they later escape. Soon the Xeno-morphs are running amok on the ship, which is on course to Earth.

The Queen then gives birth to a deadly new breed of alien, which could spell disaster for the entire human race. It’s up to Ripley and a band of space pirates to stop the ship before it reaches Earth.
– Written by Andrew Kasch, IMDB 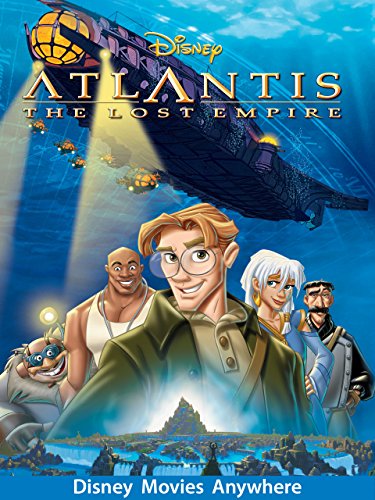 1914: Milo Thatch, grandson of the great Thaddeus Thatch works in the boiler room of a museum. He knows that Atlantis was real, and he can get there if he has the mysterious Shephards journal, which can guide him to Atlantis.

But he needs someone to fund a voyage. His employer thinks he’s dotty, and refuses to fund any crazy idea. He returns home to his apartment and finds a woman there. She takes him to Preston B. Whitmore, an old friend of his Grandfathers. He gives him the shepherds journal, a submarine and a 5 star crew.

They travel through the Atlantic ocean, face a large lobster called the Leviathan, and finally get to Atlantis. But does the Atlantis crew have a lust for discovery, or something else?
– Written by laserwatch007, IMDB 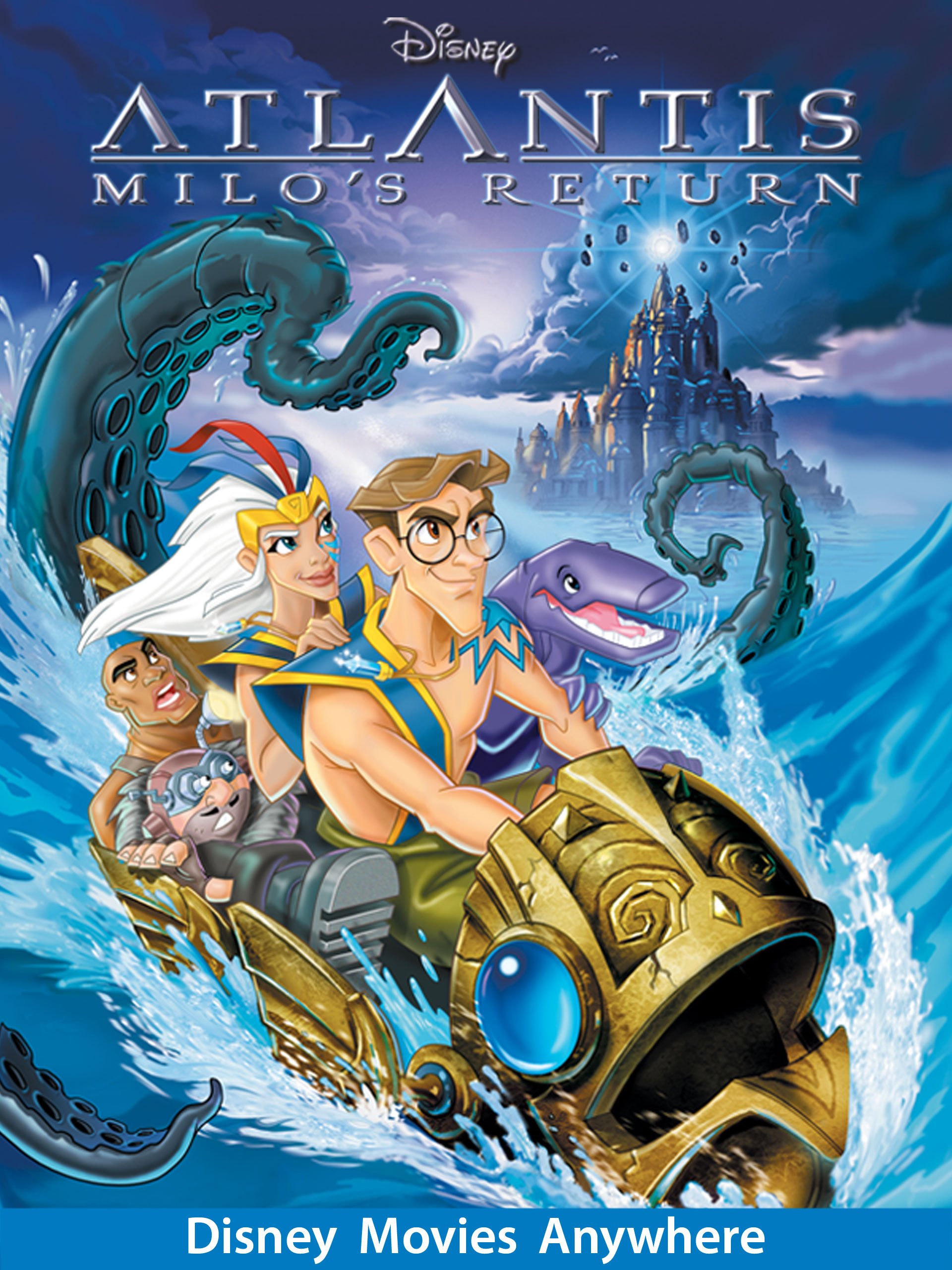 Return to Atlantis with these three vignettes.

First off, we have Milo, Kida and the gang tackling the mighty Kraken. No, it isn’t the Kraken you may remember from “Clash Of The Titans,” but a sea-dwelling demon who wreaks havoc in the seas and possesses a small village. The story is probably the best of the three. It is quickly paced and has pretty good development.

The second story is rather boring. It takes place in the American Southwest. A band of “dust coyote spirits” have attacked one of the locals who happens to have found some ancient pottery. Milo’s team has to figure out why the “coyotes” are attacking the locals and put a stop to them. The ending of the tale is rather brilliant, but not enough to save this chapter of the entire film.

The final story nods its hat toward Norse mythology. It features a man wanting to destroy the current world and rule over a newer, better one. Of course, he can’t do this as a mere mortal, so he uses a spear that is magically inclined and becomes “Odin.” If you know anything about Norse mythology, you know that Odin is similar to Zeus, only he rules the cold north. Once again, Milo and his crew have to save the day.
– Written by Amazon reviewer & Vine Voice Ken Fontenot 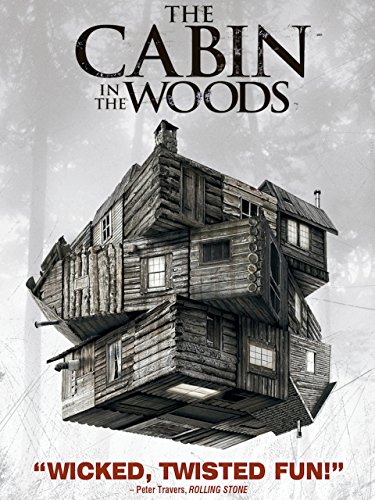 Five teenagers head off for a weekend at a secluded cabin in the woods.

They arrive to find they are quite isolated with no means of communicating with the outside world. When the cellar door flings itself open, they of course go down to investigate.

They find an odd assortment of relics and curios, but when one of the women, Dana, reads from a book, she awakens a family of deadly zombie killers.

However, there’s far more going on than meets the eye.
– Written by garykmcd, IMDB 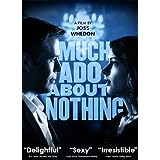 Leonato (Clark Gregg), the governor of Messina, is visited by his friend Don Pedro (Reed Diamond) who is returning from a victorious campaign against his rebellious brother Don John (Sean Maher). Accompanying Don Pedro are two of his officers: Benedick (Alexis Denisof) and Claudio (Fran Kranz).

While in Messina, Claudio falls for Leonato’s daughter Hero (Jillian Morgese), while Benedick verbally spars with Beatrice (Amy Acker), the governor’s niece. The budding love between Claudio and Hero prompts Don Pedro to arrange with Leonato for a marriage. In the days leading up to the ceremony, Don Pedro, with the help of Leonato, Claudio and Hero, attempts to sport with Benedick and Beatrice in an effort to trick the two into falling in love.

Meanwhile, the villainous Don John, with the help of his allies Conrade (Riki Lindhome) and Borachio (Spencer Treat Clark), plots against the happy couple, using his own form of trickery to try to destroy the marriage before it begins.
– Written by the production

In the frozen East Coast winter, Rebecca is withering away in a life of cocktail parties and lonely nights as the sheltered, soft-spoken wife of a successful doctor.

Across the country in sun-drenched New Mexico, charismatic ex-con Dylan is struggling to find his footing and a fresh start.

When these polar opposites realize they share an inexplicable connection, a unique metaphysical romance begins.
– Written by Tribeca Film Festival