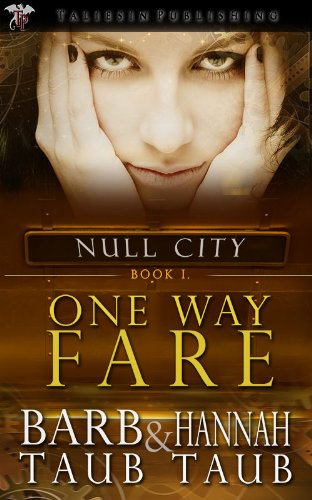 4.7 stars – 26 Reviews
Kindle Price: FREE!
Text-to-Speech and Lending: Enabled
Don’t have a Kindle? Get yours here.
Here’s the set-up:

A thrilling chase through time and space, Null City is only a Metro ride away, littered with slick rock stars, stoic warriors, and Nephilim – the descendants of angels.

Superpowers suck. If you just want to live a normal life, Null City is only a Metro ride away. After one day there, imps become baristas, and hellhounds become poodles. Demons settle down, become parents, join the PTA, and worry about their taxes.

Null City is the only sanctuary for Gaby Parker and Leila Rice, two young women confronting cataclysmic forces waging an unseen war between Heaven and Hell. Gaby and her younger brother and sister are already targets in the war that cost their parents’ lives. Should they forsake the powers that complete their souls and flee to Null City? Meanwhile, Leila has inherited a French chateau, a mysterious legacy, and a prophecy that she will end the world. Gaby and Leila become catalysts for the founding and survival of Null City. It just would have been nice if someone told them the angels were all on the other
side.

“This is such a fine book, with strong and compelling characters, a rocketing pace, and a fun and fully invented world where heaven meets earth and earth sometimes beats out heaven! It’s well worth the read.” — Mary Rosenblum, best-selling author and instructor at the prestigious Clarion West Writers Workshop

“An amazing story of fantasy, time and dimension travel and strong heroines with superpowers.” -Between the Lines Reviews