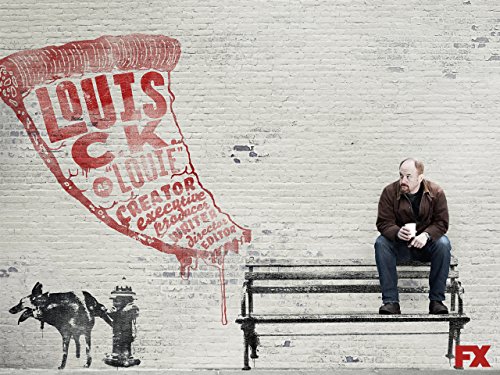 All five seasons of the FX series Louie (4/5 stars, rated TV-MA) are currently (as of 4/27/16) available in the Amazon Prime Video catalog! From FX:

From the inventive imagination of Louis C.K., Louie puts a spotlight on C.K.’s everyday ordeals, his quest to find love and his pursuit of humor. Each episode features a scripted story and a mix of his stand-up comedy, which is original material for the series. The single-camera comedy is shot in New York.

The series debuted in June of 2010 and was widely hailed by critics as one of the best new series of the year.

One Amazon reviewer says:
If you’ve seen Louie’s stand up you know what to expect, laugh till you’re in pain humor. But…there are also some really painful moments in which we find Louie put into an awkward or terrible situation. These scenes are so tense and gut wrenching it’s almost painful to watch, but in a good way. It’s not like the stressful wacky scenarios of Seinfeld, but situations that evoke real feelings of discomfort and embarrassment that I find really compelling, and an excellent partner to the in-your-face comedy of the inappropriate. The balance between regular joke humor and the much more subtle comedy of these horrific situations is struck admirably.

Click here to check out all five seasons of Louie..