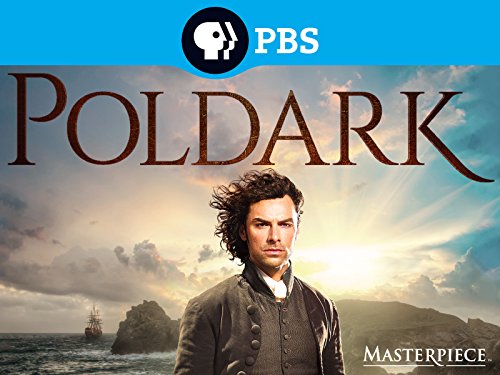 Here are two very different TV shows from the BBC, both currently (as of 3/17/16) included in the Prime Video catalog. The first is a sweeping historical drama set in post- American Revolution Britain. The second is a supernatural comedy series aimed at tweens and up.

It’s 1783 and Ross Poldark returns from the American War of Independence to his beloved Cornwall to find his world in ruins: his father dead, the family mine long since closed, his house wrecked and his sweetheart pledged to marry his cousin.

But Ross finds that hope and love can be found when you are least expecting it.

One Amazon reviewer says:
“Remember that super-hunky dwarf from Peter Jackson’s recent Hobbit films (i.e. Kili played by Aidan Turner)? Well now said actor has assumed the role of Ross Poldark, the war veteran mentioned above as well as the sole inheritor of an estate in ruin (including its debt) along with a generally ne’er-do-well reputation to live down. What he does have going for him is a serious case of self-reliance, razor-sharp wit and enough determination to begin fixing up said inheritance (including a couple of abandoned mines) while taking time to lend a helping hand to a local urchin played by Eleanor Tomlinson (“Jack the Giant Slayer”).

…”Poldark” is a well-filmed, well-written (as it’s based on a series of popular novels) period drama with an exceptional cast (emphasis on Turner and Tomlinson) and a revitalization story combined with a bit of liberation theme (in keeping with the protagonists’ view of the war) within a very class-bound setting, all of which works in creating what I thought was a very engaging first episode.” 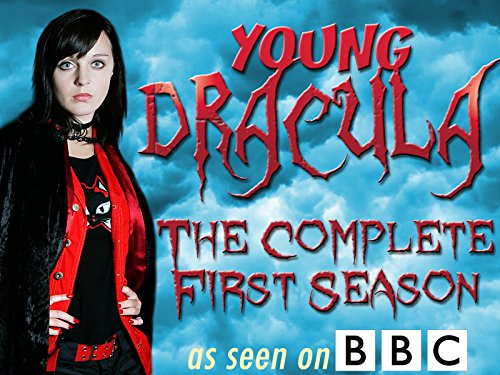 Sink your teeth into this hit BBC television series about one boy’s struggle with his vampire family. Single dad Count Dracula moves to modern-day Britain from Transylvania with his two children, Vlad and Ingrid. To his father’s horror, Vlad wants not to bite, but rather to fit in with his newfound British friends, but it’s not easy when you are one of the undead.

One Amazon reviewer says:
“This show is unexpectedly great. It hits just the right balance of campy scenario without having vampire characters that are completely ridiculous. Count Drac (as a sort-of-scary, extremely old-fashioned single father) has a couple of satisfying (but brief) scary moments, and it’s often his ‘antics’ that keep the show moving forward. He’s played with quite a bit of flair, but he’s still a powerful, old-school vampire. And the kids all hold their own with their respective story lines, which are all very different, and so help keep the show interesting. It’s a family show, with some moments that might be too intense (as in potential lives-in-danger scenarios) or gross (mostly Renfield’s cooking) for young children, but perfectly fine for the age group at which it’s targeted (say 10 and up). I’m a grown-up vampire fan, and have just started the second season.”

Tech Tip of the Week: Print Jobs Not Printing in Windows