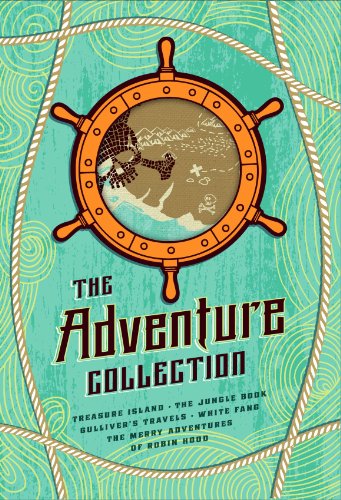 These two box sets are a fantastic way to outfit your digital library with both the Kindle and Audible editions of FIVE classic novels per set, at a bargain price.

The Audible editions normally go for $48.99 each, but if you buy the bargain-priced Kindle editions at $6.99 per box set you can add the Audible narration for the entire box set for just $1.99 more!

That means you can get each set for $9 in both formats, or both sets—TEN books in all—in both formats for under $20! Prices accurate as of this writing, on 2/29/16.

Considering that these sets go for $59.99 in hardcover format, which doesn’t even include the Audible editions, this is an amazing deal.

This beautifully illustrated collection includes five tales of extraordinary heroism, marvelous intrigue, and exceptional courage that have inspired and amazed readers for generations.

Gulliver’s Travels is Jonathan Swift’s comic tale of an Englishman who journeys to four fantastical and exotic lands filled with unforgettable characters, from the pint-size Lilliputians to the giant Brobdingnagians.

The Merry Adventures of Robin Hood takes us to Sherwood Forest, where the brigand and his band of “merry men” rob from the rich to give to the poor—to the consternation of the Sheriff of Nottingham.

The Jungle Book transports readers into a wondrous world where danger lurks behind every drooping vine and the law of the jungle is the key to survival.

Robert Louis Stevenson’s Treasure Island follows young Jim Hawkins as he learns the ways of the buccaneer from a group of seafaring miscreants, including the nefarious peg leg, Long John Silver.

White Fang by Jack London recreates the forbidding world of the Yukon Gold Rush, where a wild dog must endure violence, hardship, and bitter cold on his journey from savagery to civilization. 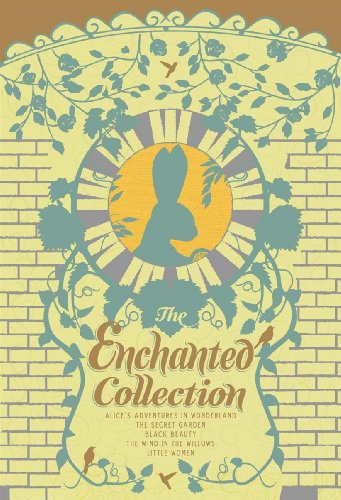 The Enchanted Collection: Alice’s Adventures in Wonderland, The Secret Garden, Black Beauty, The Wind in the Willows, Little Women (5/5 stars)

Readers set out with timid Mole as he explores the world, learning about courage and friendship through a series of misadventures with Rat, Toad, and Badger in The Wind in the Willows.

From the River Bank, tumble down the rabbit hole with Alice to a madcap world where nonsense rules in Alice’s Adventures in Wonderland.

From Victorian England, it’s on to a small New England town in Little Women, where Jo March and her three sisters struggle to achieve their dreams amid the shifting roles of women in the Civil War era.

Sent to live with her uncle, orphan Mary Lennox uncovers the mysteries of Misselthwaite Manor in The Secret Garden.

Readers then journey through the English countryside and London with a gentle, hardworking horse who experiences kindness and cruelty at the hands of different masters in Black Beauty.

Whether encountering these cherished tales for the first or the fiftieth time, readers will find enchantment in this collection.