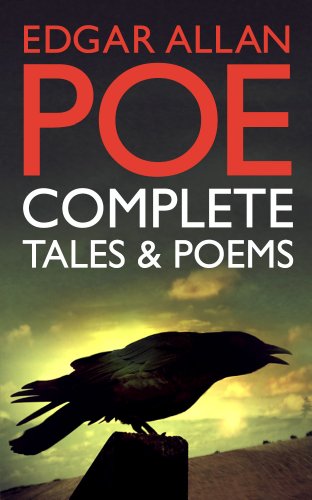 Today is the 171st anniversary of the publication of that Poe classic, The Raven. Whether you’re a traditionalist or enjoy a revisionist take on Poe and his work, here are some options to help you celebrate.

Collected here is the ultimate Kindle edition of the complete works of Edgar Allan Poe—all of his tales and poems in one convenient, easy-to-use volume at a fantastic price.

Included in Edgar Allan Poe: The Complete Tales and Poems are:

• The complete text of all of the tales and poems written by Edgar Allan Poe (over 125 works), each elegantly formatted for ease of use and enjoyment on your Kindle reader.

• Links to free, full-length audio recordings of the poems and tales in this collection.

• An individual, active Table of Contents for each section accessible from the Kindle “go to” feature.

The Complete Tales and Poems – All of Poe’s tales, poems, and essays are included—over 125 works. 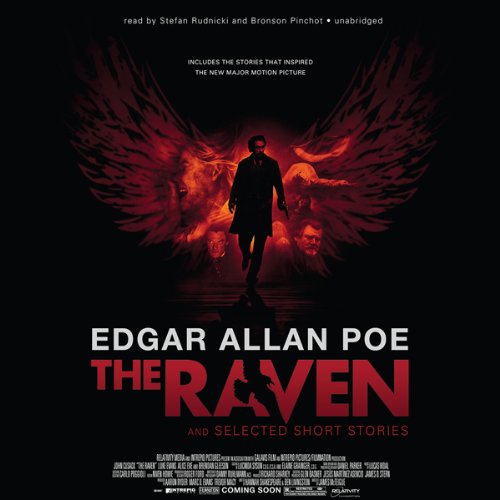 The title work in this collection of ten short stories and poems is widely regarded as the most famous of Edgar Allan Poe’s writings. This unsettling tale in verse tells of a man’s slow descent into madness as he mourns the loss of his lover. The mysterious visit of a talking raven that utters only one word sparks the man’s steady decline.

Now the inspiration for a major motion picture starring John Cusack, these tales of mystery and terror are here brought vividly to life by Blackstone Audio. Poe, the inventor of the modern detective story, was an expert at weaving suspense and horror into tales that thrill and chill. Included in this collection are “The Raven,” “The Pit and the Pendulum,” “The TellTale Heart,” “The Fall of the House of Usher,” “The Masque of the Red Death,” “The Cask of Amontillado,” “The Murders in the Rue Morgue,” “The Black Cat,” “The Facts in the Case of M. Valdemar,” and “HopFrog.”

Edgar Allan Poe transformed the American literary landscape with his innovations in the shortstory genre and his haunting lyrical poetry, and he is credited with inventing American gothic horror and detective fiction. Orphaned at three years old, he was first published in 1827 and then began a career as a magazine writer and editor and a sharp literary critic. In 1845 the publication of his most famous poem, “The Raven,” brought him national fame. 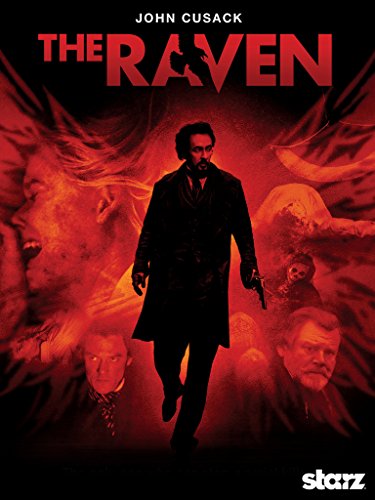 This movie is set in the mid 1800s and involves poet Edgar Allan Poe. A serial killer is on the loose and murdering people using Poe’s descriptions from his published stories and poems.

Poe teams up with Detective Fields, a Baltimore policeman to try and catch the killer by using his knowledge of the descriptions.

Even though the stories are fictional, they start to become reality and the killer is a step ahead of them. Then it takes on a personal note as Poe’s lover becomes a target. Will they stop the killer in time?
– Written by Michael Hallows Eve 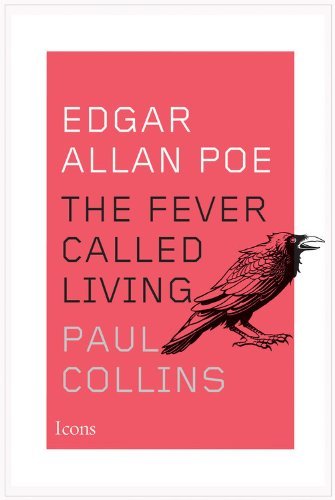 Looming large in the popular imagination as a serious poet and lively drunk who died in penury, Edgar Allan Poe was also the most celebrated and notorious writer of his day. He died broke and alone at the age of forty, but not before he had written some of the greatest works in the English language, from the chilling “The Tell-Tale Heart” to “The Murders in the Rue Morgue”—the first modern detective story—to the iconic poem “The Raven.”

Poe’s life was one of unremitting hardship. His father abandoned the family, and his mother died when he was three. Poe was thrown out of West Point, and married his beloved thirteen-year-old cousin, who died of tuberculosis at twenty-four. He was so poor that he burned furniture to stay warm. He was a scourge to other poets, but more so to himself.

In the hands of Paul Collins, one of our liveliest historians, this mysteriously conflicted figure emerges as a genius both driven and undone by his artistic ambitions. Collins illuminates Poe’s huge successes and greatest flop (a 143-page prose poem titled Eureka), and even tracks down what may be Poe’s first published fiction, long hidden under an enigmatic byline. Clear-eyed and sympathetic, Edgar Allan Poe is a spellbinding story about the man once hailed as “the Shakespeare of America.” 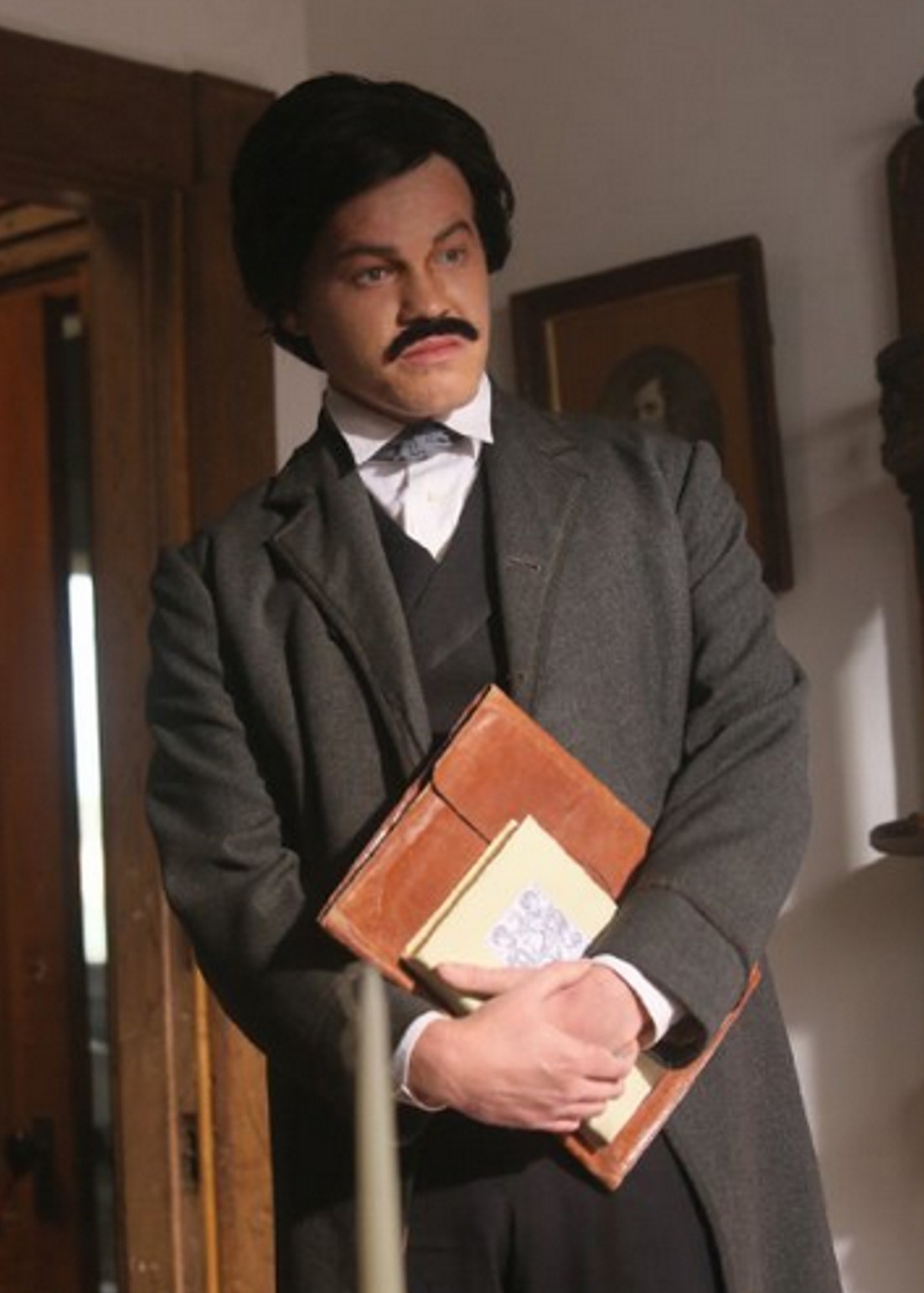 This is the hilarious Comedy Central show in which drunk people re-tell stories from history. Their narration is then used as the audio track for actors and comedians to re-create the tale while lip-synching to the drunk person’s narration. 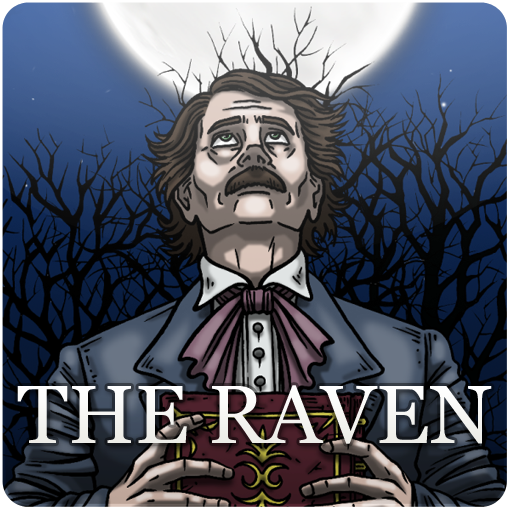 Perhaps the most famous poem ever written, “The Raven” by Edgar Allen Poe was written in 1845 and would prove to be Poe’s lasting legacy. Readers will be absorbed by the musical, rhythmic qualities of this moving narrative poem. A beautifully crafted, unabridged version featuring custom art, animated scenes, poignant music, and optional narration with read-along text will enchant readers of all ages.

About The Series
Mark Twain once said a classic is “a book which people praise, but don’t read.” But children and adults alike can now experience the greatest works of literature like never before. Condensed to less than 50 pages while still capturing the style and the celebrated lines from the original works, each of these timeless stories can now be easily completed in one sitting.

Every page begins with a beautiful animated scene that will draw the reader into the story, creating a memorable visual experience that will turn even the most challenging classic into a page turner. Custom art, enchanting music, and optional narration with read-along text will effortlessly transport readers to the fantastic world of Homer, Melville, and Vern. These wonderful adaptations were created to make any classic not just approachable, but enjoyable. After all, shouldn’t reading be fun?